The source of greatest resistance to technology in the workplace is mindset. It shows up as applying technology in old ways. It’s subtle and unconscious. Often technology ends up supporting old processes. It does not create new ones. 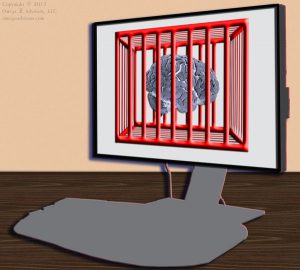 Resistance to technology in the workplace is not new. It existed before the workplace. It appeared in warfare throughout the ages.

Look at how long it took email to replace mail. For many, during this time the computer was nothing more than a glorified typewriter. It allowed them to edit and mail letters and memos faster to more people. That was it.

The Origins of Resistance to Technology in the Workplace

Dean Kamen, the inventor of the Segway and holder of 440 patents worldwide, says in an issue of The Economist, “Technology is easy to develop. Developing a new attitude, moving the culture from one mental model to another, that’s the difficult part . . .” Yet, the origins of such resistance show up far earlier than that.

From the rifle, to the machine gun, to the tank, to the aircraft carrier, military history supports Kamen. When the rifle improved accuracy, armies still marched in closed ranks. When the machine gun increased rounds fired, troops still charged over open ground. Tanks were just mobile artillery to support troops. Aircraft carriers were just carrying planes to support battleships.

Those who advocated new mindsets received criticisms and insults. It took huge losses of life and massive defeats before the old mindset broke. Then, tactics changed. Strategies soon followed.

Up until recently, the internet and social media were just faster ways to communicate. That imprisoned mindset did not foresee how cyber attacks and fake news would transform warfare yet again. Why attack an enemy when one can plant seeds of discontent on Facebook, Twitter and others?

Compounding the resistance to technology in the workplace is that technology professionals such as information managers, process managers and organizational developers have become poorly suited to advise their coworkers on how to transform their work. They’re too focused on “optimizing” old processes and work flows. It’s  about cheap and fast.