Some people are more creative than others. This intimidates triggering insecurities of others. Blowback occurs. Thus, protecting your creative streaks becomes important.

Creative ideas are outliers. They’re outnumbered, outgunned from the go. They’re spontaneous not always fitting in some process or system. In short, they’re disruptive. Creative ideas and change run together. So, they intimidate.

Thus, protecting your creative streaks means steeling yourself for blowback. When it happens, deal with it. Don’t let it crush you. Research the personal history of many musicians, actors and artists. Bullying from others links most of them. It’s the story too of those not in the limelight.

Now, protecting your creative streaks begins with spotting moves by others to make you think like they do. Most times it’s not conscious on their part. Still, this requires defense.

Keep in mind that most people who are not that creative don’t believe you can be. They’ll rely on systems, processes and groups. Their research shows creative ideas usually don’t work well. So, they need such formal methods. That research though included people who weren’t that creative.

In addition to systems, the uncreative will assert the will of the majority – team intelligence. “Most people think this is best.” Remember, “most” means the bell curve’s middle, not its creative outliers. Team intelligence only works under very specific conditions. 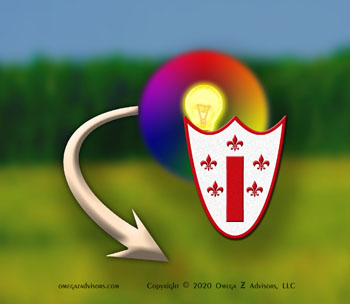 Defending means outwardly going along but not thinking and intuiting the way others tell you with their processes, systems and rules. Do what works for you. Offensively, it means patience, striking with your ideas when the time is right.

In short, defense means not thinking and intuiting the way they do. Do what’s best for you. Outwardly, go along. Inwardly, prepare for the right time.

Creative ideas are outnumbered at the gun. Often the second person to endorse an idea starts to move it. Be that second person. Boost those ideas that could use yours. Latch onto them. Make them better.

If you’re right, wait. Groupthink will fail. Seize on crises and problems. Defensively, you’ve prepped your idea. While events stymie others, you’re set. Patton was already preparing for the Germans surprise attack (Battle Of The Bulge) when others thought it a pipe dream.

In the end, protecting your creative streaks from the insecurities of others means defending by outwardly going along but inwardly preparing. Don’t think and intuit the way others tell you. Do what works for you. Offensively, it means patience. Then, strike when your time comes. It will. Just be creative and it will always appear.