It’s easy to see fame as something all want. Reality differs. We can see this when looking at the differences when extroverts and introverts are dealing with fame. They’re similar to those we see in both as speakers.

First of all, we’re dealing with good fame. That’s recognition for something positive. Second, remember that the difference between extroverts and introverts isn’t so much a social one as it is the source of each’s energy. 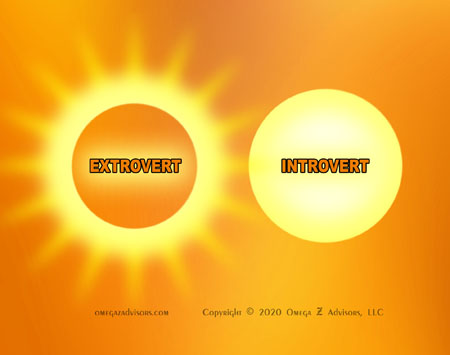 Fame is about people knowing you, but it’s more than a social thing when it comes to extroverts and introverts. That’s addressed by the question, “Why am I famous”?

Extroverts get it primarily from the outside. That includes people. For introverts it’s inside. For example, a warm, sunny day is likely to excite an extrovert more than an introvert. A cold, rainy day more likely to depress. Introverts get more energy from such things as thoughts, ideas and emotions that they have.

Applying These Differences When Dealing With Fame

Yes, fame has many people knowing you. Yet, it’s more than a social thing when it comes to extroverts and introverts.  That’s addressed by the question, “Why am I famous”?

Yes, extroverts might want to know how to capitalize better on their fame. For introverts though it’s about whether a genuine link between them and their fame exists. Does that fame reflect who they are?

Examples Of Extroverted And Introverted Responses To Fame

For example, consider two musicians. One says, “I just want to make music that makes people happy.” Another says, “I sometimes like my early days better. Today people often like my music because I’m [who I am]. When I started out and people liked a song I knew they liked the song.”

Take actors. One says, “I looked for roles that involved children, creatures and animals. Research showed that movies with them in it do well.” Another says, “I wanted to get away from stereotypical roles of women. I wanted something that would challenge me as an actor.”

We also see the same with everyday heroes such as soldiers, safety personnel, employees and bystanders. Some are very comfortable with the sudden fame. They capitalize on it. Write books. Others, are not. The fame gives them uneasy feelings when contrasted to, “Heck, I just did my job,” and “So, many others helped. I couldn’t have done it alone.” They have difficulty accepting awards for their heroism.

In the end, we’re a culture that thinks all should enjoy fame or at least recognition. Why wouldn’t all not want a statue put up in their honor? Therefore, when those who are uneasy with it and hide from it, society asks, “What are they hiding?” That’s extroverted cultural bias. By contrast an introverted one would ask, “Why are they showing off?”

Other posts in series: Introverts and Extroverts