When Steve Jobs died, markets worried that Apple’s best days were behind it. Yet, the transition to Tim Cook proved this wrong. In fact, it’s declared as “one of the most lucrative business successions in history.” Now, contrast this to the demise of GE after Jack Welch. What leadership insights exist?

Moving From Jobs To Cook 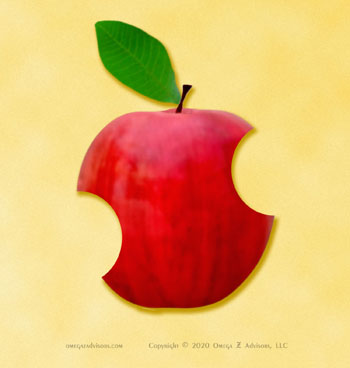 Contrast the succession transition at Apple to the one at GE from Jack Welch to Jeff Immelt. Why did one excel and the other crashed?

For simple detail on the difference between Jobs’ leadership and Cook’s, a Wall Street Journal article from August 7, 2020 does a great job. Generally, it describes the move from the “great leaps of innovation” under Jobs to the “cautious, collaborative and tactical” moves under Cook.

Imagine for the moment a large army. It just finished making huge moves into new territories. Strengthening and expanding those positions come now. They then become the launch points for new moves. Jobs made the huge moves. Cook expanded and strengthened them.

Things change. The leadership that works today might not work tomorrow. What Got You Here. Won’t Get You There. “Apple needed a new operating style after losing someone irreplaceable.” Conditions required an operations chief, not a product one.

Also, take a look at Apple’s people. Perhaps they were so well suited for the conditions that any leader would have succeeded. Conversely, GE’s people might have been so bad that any would have failed.

People differ. That means cultures differ. People are conditions. Situations and flow are too. They all make up the anatomy of events.

Be Yourself But Adapt

Changed conditions meant Cook did not have to be Jobs to succeed. Perhaps Jeff Immelt thought he had to be like Jack Welch though. After all, they had the same first initial and same number of letters in their first names, four. Things had changed though.

Leadership Is About People

In the end, leadership is about people. Success then is about the right leaders and people for the conditions at hand.

Since conditions always change then, it means leaders, employees and their firms must adapt. Otherwise, they’ll only succeed until they don’t. Then those who fit those conditions better will take their place. In short, adapt or die.

NOTE: Unless linked otherwise, all quotes are from the Wall Street Journal August 7, 2020 article titled, “How Tim Cook Made Apple His Own.”