Regardless of what one thinks of Donald Trump, he knows how to grab an audience. Even many who can’t stand him tune in. For them, he has an “accident waiting to happen” appeal. The press can’t even help themselves. Yet, his performances hold key public speaking tips.

Now, let’s admit these tips aren’t new. We can find them anywhere. So, I won’t detail them. Rather, I’ll show on how they apply to Trump. 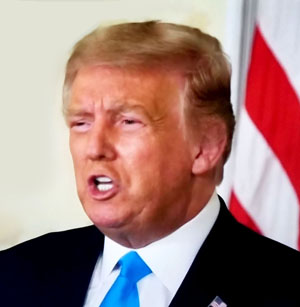 Regardless of what one thinks of Donald Trump, he engages audiences. For that reason, speakers can learn from him.

Keep It Simple and Big Then Repeat

Yes, Trump muffs words. Yet, how many times does the average person do the same? Moreover, how many times did that person have to suffer someone correcting him? For Trump, muffing words acts as a bonding agent to his audience.

Yes, he repeats and then repeats his repeats. Yet, advertisements do this too. Songs too. It’s called the chorus. People love music. Trump’s repeats form the chorus of his talks. Thus, what he says become music to his audience’s ears.

Talk and Milk the Moment

The next two, #4 and #5, are totally Trump. All know he hates speaking from scripts. Talking is far more engaging and persuasive than speaking.

Milking the moment is key to this. When comedians get a good laugh, they milk the joke. They stay on it. If they don’t, they move on to the next joke. Trump does the same very often by repeating himself. Playing it up even more for the crowd.

The first thing one learns about public speaking is this: if you blunder, move on. Don’t apologize. Don’t let the crowd know. It shows confidence. Trump never apologizes for muffing his words. Tips #6 and #7 are all about confidence.

Yes, he’s bombastic to those who don’t like him. Think of some CEO’s though. They often do the same in their conference calls to investors. Enthusiasm and confidence often walk together. Thus, confidence is a very powerful, seductive tool. Bombast is enthusiasm.

Saying a lot of “uh’s” and “um’s” undermines displaying confidence. Trump uses very few. In their place, he repeats. This gives him time to think and to assess the audience.

As I said, these tips aren’t new. All good speakers use them. Dislike for Trump will make it hard to call him a good speaker. Breaking down his talks by these tips overcomes that.

It also reminds us that these tips are for all speakers, not just those with good intentions. They’re weapons too. Our enemies can use them just as well as our allies. We all know speakers whom we don’t like but draw huge audiences and praise. They do so because they use these tips very well. They’re all good speakers.

1) If you want more detail on these tips, additional tips and visual examples of both regarding Trump, this video is very good. Associate Communications Professor, Dr. Jennifer Mercieca from Texas A&M, and Professor of Linguistics, Dr. Mark Liberman from University of Pennsylvania have their own, slightly different list of seven. Some of theirs though I see as more fitting for just persuasive talks not all public talks.

2) For the record, I don’t like the guy. I say this because in August 2015 I wrote that Trump was a leader. Remember then? That was before any election or caucus. As a result, I had people on one side giving me grief, and those on the other recruiting me.