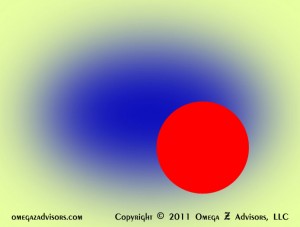 We often assume two words have the same meaning. If true, there would be no need for the two separate words. Distinguishing the difference develops our problem-solving skills in very much the same way that higher resolutions allow cameras to picture things that lower-resolution ones can’t. We won’t see problem-solving opportunities using a low-resolution perspective to interpret words. That is because we often use words to define, discuss and think our problems.

Clarity and truth are two such words. Many consider them the same. However, we can see the difference by asking two questions:

The answer to both is “yes.” For example, scapegoats make it very clear who is at fault for a problem, but in most cases there is enough blame to go around to many. In the second, we realize that this is true, but we also know that often it’s not clear as to all who is to blame. Something might be clear to us, but we could be mistaken, wrong or delusional, therefore untrue. Conversely, we might know the truth, but it might not be clear; it could be invisible, intangible or indiscernible.

Let’s consider some common business examples. People might be clear about a company’s path, but is it truly a good one? It’s also true that training helps employees, but is it clear exactly how this can be measured? It’s also true that what is clearly good to one person might not be so clear to another. One might be discounting or ignoring facts that could either cloud or clear up the issue. Clarity and truth can be subjective.

So, while it’s clear we have two separate words, it’s true that their difference is not clear.