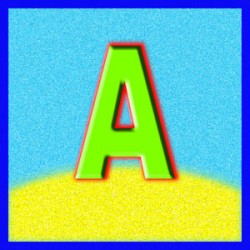 Most would claim they like authenticity; it’s a form of honesty. Yet, what happens when we run into authenticity we don’t like? The truth is that we are likely to rationalize it as inauthenticity without knowing it.

For instance, suppose someone offers a very authentic but intense rebuke of our beliefs? Will we still admire him for his authenticity or rationalize it as unawareness of an inner hostility? If someone does the same with our ideas, offering a very quantifiable rebuke of our assumptions, would we rationalize it as an inauthentic presentation of data, a fudging of numbers? Would we like authentic racists, sexists, xenophobes or atheists? Or, would we rationalize them as not having reached some enlightened stage of authenticity or having some deficiency thwarting their authentic self?

Suppose someone authentically, ruthlessly beats us out for a promotion? Will we rationalize his authenticity as lying, cheating and slandering? Can a psychopath, a sociopath be authentic? If a natural born liar lies, isn’t he being true to himself, his nature? Or, will we only accept as authentic what fits our definition of goodness, righteousness?

Suppose the person who takes that promotion from us did it because she had to protect her family’s financial security. If those are her honest intentions, is she authentic? Again, or will we rationalize them as some deviant, inferior form of authenticity? Will we rationalize her as being selfish, insecure, shallow and weak? Of course, if she is truly all those things, why wouldn’t she be authentic?

Could authenticity be a euphemism for imposing our beliefs of a good person?