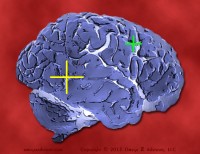 What we’re learning about our brains and ourselves is accelerating and challenging functional and personality models. One of those models is left-brain, right-brain in which one side dominates: those using the left more are more cognitive, the right more intuitive. As discoveries mount, we’re learning this is more symbolic than actual.

As reported in “Vive la Différence” (The Economist, December 7, 2013 edition), technology exploring the differences between male and female brains is uncovering two major challenges to the conventional left-right model.

First, while the brain does have two hemispheres, any dominance, if it exists at all, is not consistent as we move from top to bottom in the brain. In fact, in the brain’s bottom (cerebellum), the two hemispheres work differently than they do in its top (cerebrum). This is the second major challenge to the left-right model: it’s not whether one side is more dominant than the other but how the two interact.

For example, in male brains the left-right parts operate more independently of one another in the brain’s top than in its bottom where they function more integratively. In female brains, the reverse happens in both top and bottom respectively.

In other words, if we had two people working, the old left-right model tried to determine which one was stronger or did most of the work. Moreover, it didn’t matter where they were working (i.e. top or bottom). Now, the evolving model says that it’s about whether they are working together or separately and where they are working.

Consequently, the distinction between a cognitive person and an intuitive one isn’t one of dominance but rather integration. Instead of left-right, the better characterizations are integrated-segregated or holistic-specialized and realizing these characterizations vary depending upon where we are in the brain.