Conflict resolution in the workplace is often about how to deal with office politics as a manager. Managers can head off many conflicts simply by being more aware of the office politics in their areas. There is little to no training for this though.

That is because popular conflict resolution approaches ignore office politics. They focus too much on a specific need, issue or problem as the cause. In other words, resolving conflict is about putting out the fire. Managers need to learn more about how to prevent fires. 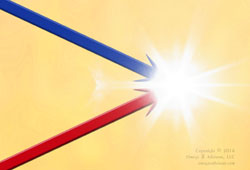 Conflict resolution in the workplace can make office politics worse. Most popular methods for resolving conflict do not consider culture and politics.

As a result, this means the conflict at hand is more symptom of personality differences and perceived power inequities. This is especially true if conflicts regularly occur between the same people.

Preventative Conflict Resolution in the Workplace

To make conflict resolution in the workplace focused on heading off conflict, managers need to:

For example, personality conflicts often occur between employees who are:

In these cases, often saying something like, “It’s not that the person is slighting (or intruding on) you, it’s just how he is,” helps. In other words, “It’s not you. It’s him. It’s his nature.”

Here managers need to reinforce the value each employee makes. It is not necessary that the other employee does. It helps. Some employees just cannot or will not do this.

No Need For Employees to Confront One Another

Whether it is teaching about personality differences or addressing perceived power inequities, managers can do this one on one. How often will vary with each personality. For instance, conscientious and empathic employees will need more of this than others will.

This form of conflict resolution in the workplace has managers play a preventative role. They can prevent fires. They can head off close to 90% of the conflicts in their areas. Their success is a function of how well they build and leverage the relationships they have with their team members.