Many had to endure the 2016 presidential election. Still, we can gain insights from any experience, good or bad. In that spirit then, here are seven business tips it produced.

1. Accept That Leadership Has No Laws

There are no laws to leadership. Believing there are only encourages us to underestimate those we don’t see as leaders. A leader to one is easily a criminal or a buffoon to another.

Most times in business, only a few or one person decides leaders. Rarely is it a majority of any kind.

Yet, when people think they are not leaders, they discredit them as well as those who chose them. People are less likely to take them seriously. They see them as stupid or worse. That exposes them to unwanted surprises.

Trump’s win took the world by surprise. It’s because too many believed that some objective divine force enforces the laws of leadership. They thought it would come down from the heavens and expose Trump to be no leader.

That force did come. It allows people to read those laws however they want. As a result, anyone can be a leader if enough think so. Sometimes, as in business, “enough” might only be one person.

Leadership is lawless. Accept it. 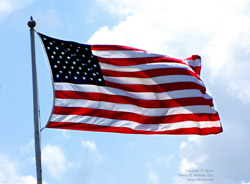 What business tips can we gather from the 2016 presidential election?

Big data tracks what happened. It does not track what will happen. Any kind of data modeling is based on what has happened. It’s not good at catching outcomes that have never occurred.

Polling data did not avoid this trap. It’s easy to ask someone who they will vote for. It’s tough though trying to determine whether they will vote. Close to 25% of the people who say they will vote, don’t.

To deal with this experts make adjustments to their models. This is a fancy way of saying they guess. So, don’t expect big futures from big data. It’s more likely to predict more of the same.

Businesses rely on processes. Yet, many processes don’t work as expected. Most times it’s because people aren’t energized to use them. No process negates the need for leadership.

Hillary Clinton had the model campaign. It followed established, successful campaign processes. The prime example was the “ground game,” the door-to-door get-out-the-vote activity. Clinton was superior here. Trump had to rely on a patchwork of efforts by each state’s Republican operation.

Yet, Trump’s voters had more energy. It overcame shortfalls in process. An energized minority overcomes an apathetic majority any time. Moreover, they will find a way to make things work.

4. Beware of Mistaking Preparation for Effectiveness

Too much preparation is just busy work. It makes people feel important. Moreover, the more people think about something, the more they believe it’s right. It makes them less likely to adapt in real time.

Much was made of Clinton’s debate victories because of her preparation. She even chided Trump for it at the Al Smith Dinner. He prepared less but used the time to work key states. Maybe Clinton should have done the same in states like Michigan and Wisconsin. She narrowly lost them.

Preparation is great except when it’s not effective.

It’s simple. Social media helped Barrack Obama in 2012. It helped Trump, Clinton and Sanders in 2016. Each used it differently. Yet, social media worked for them all.

Still, business debates whether this medium is worth it. It is. The catch is finding how best to make it work for your business. Each of these campaigns did. You can to. It’ll be worth it.

6. Don’t Do the Same Things With a Different Spin and Expect Change

Too many times businesses use the same processes and styles differently to effect change. Then, they wonder why they aren’t successful.

Clinton did this too. She followed the book on successful campaigns. She just added her own spin. Political consultants endorsed it. It was one of the largest efforts in history.

Therefore, the change we want might require different processes and styles. It’s not just using the existing ones differently. After all, they built the status quo.

The Greeks and Romans had gods of victory, Nike and Victoria respectively. To them victories held divine power. People loved them. They united people.

They also saw how people love winners too, the ones who bring them victories. The aftermath of the 2016 presidential election showed this too. Some of Trump’s worst skeptics became allies when he won.

The conversion became more so when the skeptics saw they might partake in the fruits of winning. It converted them. It united them.

It’s simple. Winning converts skeptics. Then, allow them to enjoy the fruits, to bite into the apple.

Trump’s win was not a landslide. He didn’t even win a majority of the voters. So, it’s easy to question these tips.

Yet, his win was a surprise. He did far better than everyone thought. Most did not see him as a leader. The data was against him. He had no processes. He prepared very little. His campaign had no model.

Trump didn’t do the things many thought leaders should do. He didn’t run a campaign the way they though it should be run. Surely they thought then, he was no leader. Therefore, he was no good. Right?

Things like leadership and energy in people are hard to quantify. They’re hard to write down, hard to present. That makes them hard to grasp. Data, processes, plans and models are so much easier to grasp than these two are.

What’s the key business conclusion from the 2016 presidential election? It deals with surprises. Surprises occur because people like to believe what’s easy to understand over what’s real. It’s easier to dismiss someone as a leader than to see why someone made him one. Also, don’t think any law of leadership should come to the rescue. Just expect to be surprised.