A simple high level act to change culture has two main attributes. First, it does not need much work. Second, it has huge impact. In essence, it’s an act that sends a message more powerful than any words.

The Case of Microsoft

In Microsoft’s case, Satya Nadella, its CEO, did this by simply changing the protocol for its annual executive retreat. Typically reserved for those with the right titles and seniority, he broke tradition. He invited newcomers.

The newcomers came from firms Microsoft recently acquired. In the past, the firm reserved leadership roles for those who had been there at least ten to twenty years.

There was resistance. Some told Nadella that he was “being disrespectful of the legacy” of Microsoft. That legacy though missed some big trends. 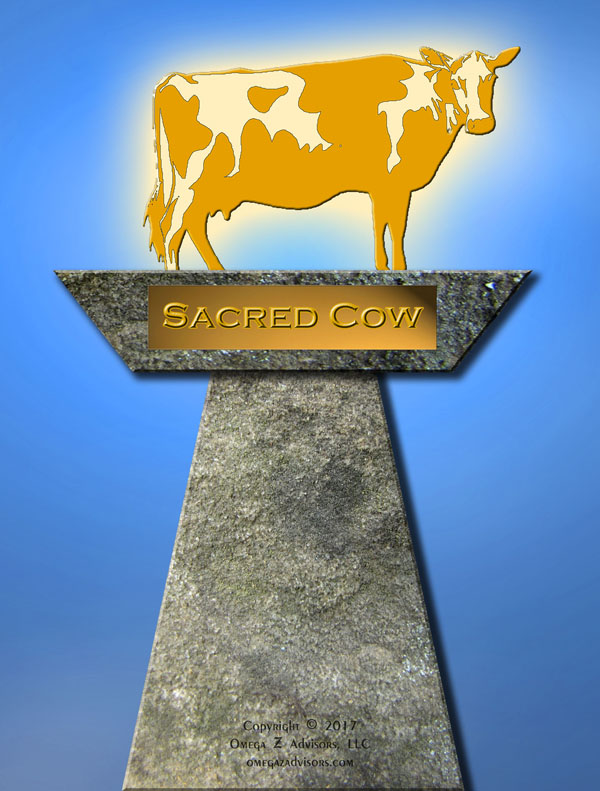 Tackling a sacred cow is an example of a simple high level act that sends a powerful message of change.

Looking at this more closely, Nadella did not have to do much work to change the invite. It’s not like he had to do a reorg. The impact was huge for two main reasons. He hit top leadership and a “sacred cow.”

A key part of leadership is understanding the symbolic aspects of the group. Nadella saw that the executive retreat was a symbol. It signified its best people. It grew to signify unmerited entitlement though.

Changing cultures means tackling the sacred cows. Doing so sends a huge message. Often it’s that leadership is serious about change. In Nadella’s example, he showed that no level of Microsoft was immune to it.

Sacred cows can be anything. Processes, reporting structures, agendas, products, services, meetings and missions can all be them. An easy way to spot a sacred cow is to hear some form of, “It has always been this way.” That’s because people are at a loss for explaining any practical reason why that cow exists.

Most likely, if we are not tackling the sacred cows, we aren’t really changing things. Moreover, people will not take the change seriously. The key is knowing how to tackle these cows to the benefit of the change we want.

Nadella is an example. The act was simple. All it took was changing the invitation list. How hard can that be? That’s why it often takes great courage to do the simplest things.