Few doubt the importance of China in the world. “To what extent?” is one question. “At what rate is it rising?” is another.  For both, “Enough that Americans should know how China will affect our work,” is a powerful answer.

Importance Of China In The World By The Numbers

For instance, many colleagues still see China as a rural nation with as many as 80% living in the countryside. In fact, over half live in cities. China is a fully urbanized, industrial state. 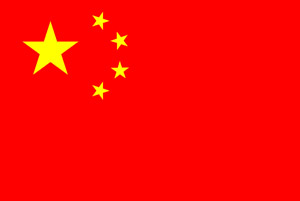 China’s influence is rising in the workplace, going beyond just replacing jobs as a result of competition.

Many also did not know that China had the second largest economy. By some counts though, it’s only because stuff costs more in the United States. If they cost the same then China’s economy would be the largest, even larger than the European Union’s.

Importance Of China In Our Work

China’s Source Of Power To Influence Our Work

Consider this. In the United States, any citizen can earn as much money as he wants even if it destroys the U.S. economy. The courts would protect the rights allowing this.

In China, this can’t happen. While companies are left for the most part to do their own thing, if the Chinese government comes calling, they must do what it wants. That means the Chinese economy is a loaded gun lying on the table. Any financial dealing that any Chinese company has with any foreign company becomes a bullet in that gun.

How China’s Power Shows Up In Our Work

When it comes to the importance of China in the world to impact our work, it’s easy to just think of the employee fired who liked a Twitter tweet supporting a cause China did not like. It’s also easy to just think of all the jobs lost from Chinese imports. The threat though goes much further.

The suspected theft of intellectual property rights by Huawei highlights this. It also includes giving grants to cash-strapped universities for research, courses and other projects. It includes investments in U.S. think tanks.

The aim is to influence public and economic policies in the United States in favor of China. These policies affect jobs. They affect workers. It’s not just business. At any time, these activities too become bullets. No war needs to exist.

In conclusion then, the rise of the American economy has caused many world citizens to learn English. If China’s rise will only cause us to learn Mandarin, we would be fortunate.