Few issues carry more charge than race. Often the issue is a minefield, just waiting to tag someone a racist. That makes the issue a black and white one. One is a racist or one is not. The hidden language of race though does not make this so cut and dry. Failing to see this only adds more mines, making race a tougher race for all to win.

The hidden language of race colors how we see race. People don’t see it though. It works without them knowing it.

For instance, I’m a fan of old science fiction movies. Take When Worlds Collide from 1951. It’s a sci-fi Noah’s Ark. A pair of rushing planets threaten to destroy Earth. Some build an escape ship to take them to the planet in the pair that won’t hit Earth. They suspect it could support life.

Near the end of the movie, when the film pans those on the ship, supposedly about fifty, none are black. In fact, all seem white.

Yes, I know. The movie is from 1951, standards differed then. Yes, some will say I wouldn’t have noticed this if I wasn’t looking for it.

Those aren’t the points though. The point is this: Why wouldn’t I notice it? For instance, suppose the crew was all black. Would I notice that? Would it cause me to ask, “Why are they only saving black people?” After all, they were saving different species of animals too. Why wouldn’t they save different races?

How The Hidden Language Of Race Works

To see how the hidden language of race works, imagine driving. People daydream doing it. Yes, accidents arise, but more than most still drive safely.

That’s because they snap out of their dreamy state to address something that is not normal. Their minds, mainly on a subconscious level, alert them.

Now, return to the spacecraft. Are people more likely to catch that there are no black faces in the crew or no white faces? What’s more likely to snap them out of their dreamy enjoyment of the movie?

Thus, the hidden language of race works by normalizing the association of certain words, images, ideas, characterizations, names and more to a certain race. The term racialization defines this process. When Worlds Collide normalizes the association of only saving white people. In other words, it racializes the idea expressed by the question, “Whom shall we save?”

Only Seeing It If Looking For It 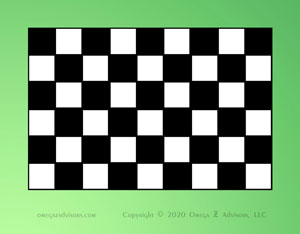 Yes, the issue of race is a race. It’s not just that the sooner we overcome it the better. Think about the many people who have wanted this for so long. Is a sense of urgency missing?

However, this was during the rush of protests worldwide sparked by George Floyd. So, perhaps they planted a seed in the back of my mind. That seed caused me to snap out of my dreamy state of enjoying a simple, fun movie.

It was like something darting out in front of me while driving and enjoying music. It said something was wrong. I had to take notice. I had to focus.

The Minefield Of Racism

Now, it’s easy for a few simple minds to call me a racist for not catching this without the aid of protests. Such minds see racism as a black-white issue, making it a minefield. One is either a racist or not. One is tagged or not.

Yet, this won’t help us win the race against racism, racial bias or racialization. Yes, it’s a race. It’s not just that the sooner we overcome these the better. Think about the many people of all races who have wanted this for so long. Perhaps a sense of urgency is missing. It’s not “How?” but “When?” If so, “Why not now?”

One thing is for certain though. The more people fail to see the hidden language of race the harder this race will be. It’s hard enough to win a race.

It’s even harder to win it if we have to run it through a minefield tagging racists and non-racists. It’s just a version of “You’re either with us or against us.”