General Electric was a powerhouse. It powered the country and the stock market. Then, it didn’t. Thus, there are General Electric lessons. They focus on the dark sides of optimism and confidence.

Yes, these conclusions only come from a single in-depth article from the Wall Street Journal. Skepticism is always wise when one’s not able to view events first hand. They’re ink blots open to a range of interpretations.

Still, even if this article were pure fiction, it has value. The point is not whether General Electric fell from grace because of optimism and confidence. The point is that this article shows extremely well the dark underbelly of these two traits. In that sense, it’s an example.

In this article, the General Electric lessons about optimism’s dark side focus on four points: 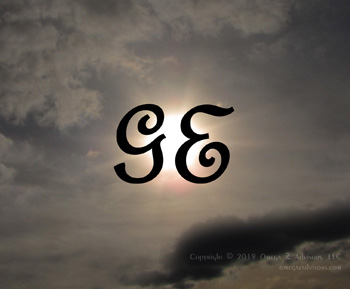 The fall of General Electric as a powerhouse in the country and the stock market illustrates the dark side of optimism.

Optimism paints things in the best light. It does not like those who stain its painting. They’re “negative.” Life is good. “If it ain’t broke, don’t fix it.”

General Electric was like the two most optimistic pigs of the three little pigs. They lost their homes and almost their lives to a wolf. Only their dissenting friend saved them.

General Electric wasn’t so blessed. Not treating its problems seriously, it just painted over them with accounting tricks. It didn’t prepare the surface. When others pointed this out, the prevailing optimism squashed dissenters. So, the firm didn’t change. It doubled down on its past.

Confidence intensified this optimism. The lessons here focus on its causes:

General Electric had enjoyed success for a long time. It dominated its markets. It was a market maker. This bred a culture of superiority in its business model and management style. They had overcome problems before. They will do it again. Their team will find a way. It will just “happen.”

Thus, General Electric felt as the Confederates did before their crushing defeat at Gettysburg. They just “knew” they could march across wide-open fields, charge up steep ridges and hills, and seize fortified positions. They had optimism and confidence. After all, they had done it before.

It’s easy to ignore that no two events are alike and think it’s just knowing where the fine line is. The fine line moves though. A healthy dose of optimism and confidence in one situation could be deadly in another.

Where is the line today? It moved. Life made changes. Have you?