Often, I’m asked about the difference between instinct and intuition. Part of what makes the question hard is gender bias. Men prefer “instinct” over “intuition” to describe their emotional processes. Women prefer the reverse.

Another part that makes the question hard is is their common roots. Emotions drive both. They can even work together. Context is key then to address both parts. It tells the real difference between instinct and intuition.

While emotions drive both, there are many kinds of emotions. Different contexts stir different emotions. That’s where context comes into play to show the difference between instinct and intuition. 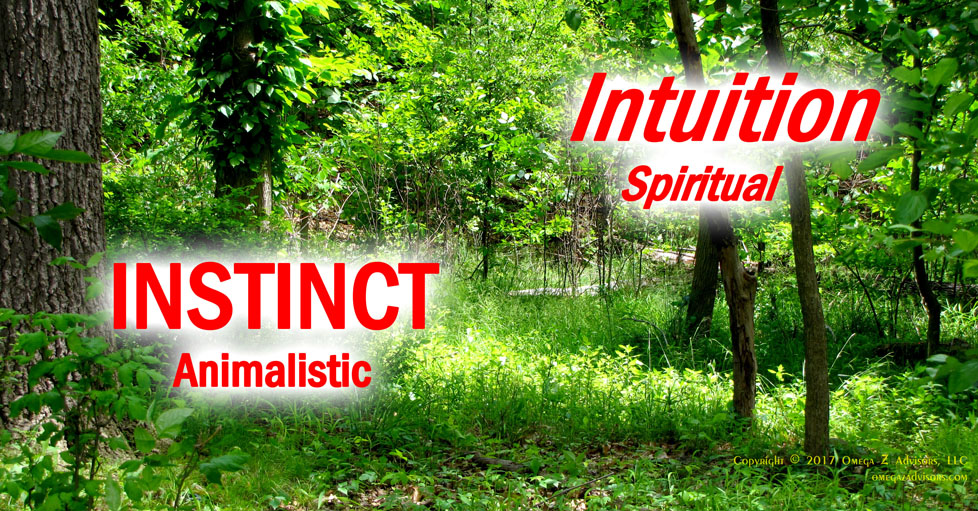 To understand the difference between instinct and intuition it helps to go back to the roots of how each word came to be.

Difference Between Instinct and Intuition

For example, returning to the roots of both words, instinct has animalistic roots, intuition spiritual. Culturally we see this. People speak much about animals having instincts. They don’t claim they have intuition though.

Therefore, in terms of emotions, instinct refers to more base emotions that drive such actions linked to survival, paternalism and maternalism. Fight or flight, dominance and self-preservation are examples of such base emotions.

Intuition refers to much higher emotions linked to complex problem solving. The feeling of knowing is an example. Emotions connected to insights, visions, dreams and metaphors that frame or solve problems are others.

Instinct and Intuition in Decisions

For instance, if one presents an idea at work that threatens us, instinct might say to attack or to resist aggressively. That might mean verbally attacking the person. It might mean refusing to do things. Instinct often deals in extremes. The world is black and white to instinct.

Intuition though might suggest others ways. It might give insights to soften or modify the idea. It might be ways to work with the person on a better idea. Finally, it could even give insights on ways to attack or resist that don’t put us in danger. Intuition works more in the gray areas.

Instinct can serve us well in urgent, severe situations. It can lead us astray though. For instance, it exposes us to manipulation. Others will seek to trigger our instinct.

Intuition works much like creativity. In fact, they support one another. Quieter, more relaxed times are best. Similarly, pressure and fear shut down both.

If instinct is a lightening bolt, intuition is a thunderstorm. One is short, bright and quick. The other is longer-lasting, steady and comprehensive. In decisions, that means, if possible, holding off instinctive reactions until more contemplative time arrives.