Employees complain. In most firms that makes them complainers. That makes problems for managers. The key though is managing complainers at work by taking a positive view. It starts with not seeing complaints as complaints. They could be insights, needs, problems and even opportunities. 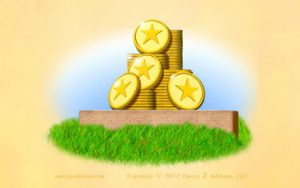 There is money to be made from managing complainers at work well. One person’s complainer is another’s gold mine.

For instance, in Atul Gawande’s New Yorker article, “Letting Go,” he writes “about the importance of hospice giving “patients someone experienced and knowledgeable to talk to about their daily needs.” Do we expect hospice employees to treat these as complaints? No, we don’t. Why then should employees who want to talk to someone experienced and knowledgeable about their needs be complainers?

Both are examples of the “talking cure.” First coined by Josef Breur and further developed by Sigmund Freud it’s the idea that talking through troubles lowers anxiety. People feel better. They do better. Managing complainers at work then means talking through complaints to lower workplace tension.

In the work place though, we often wrongly see this as a “bitch session.” For instance, an office manager in a law firm once complained to me about the time it was taking her to “talk through” conflicts among the staff. I finally asked her, “What makes you think this shouldn’t be part of your job?”

When employees perform at their peaks, some anxiety will naturally arise. They are after all working on the edge of their comfort zones. Using the full extent of their skills under urgent time frames. In short, they sweat emotionally. Kenny Loggins‘ song from the movie Top Gun calls this the Danger Zone.

Now, consider what would happen to an athlete who wasn’t allowed to sweat. Let’s say she had to wear a wet suit that would not allow it. Eventually, she would collapse. The same thing occurs on an emotional level when employees can’t release their “emotional sweat.” In short, not allowing them to vent makes things worse.

Managing complainers at work takes skill, practice and personality. Managers can learn these. A key is knowing that one does not have to resolve the complaint. The mere act of listening helps much. That’s why the talking cure works so well.

Moreover, feeling the need to do something about the complaint puts pressure on the manager. This increases the likelihood that she’ll respond negatively to the complaint. That, again, just makes it worse.