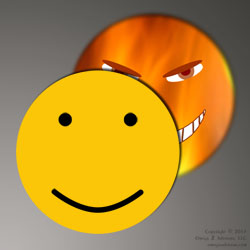 These five unconscious tells of lying tell us much about why lies so often fool us.

Lies are very hard to catch even for experts. Part of this is because we overlook lying for many socially acceptable and justifiable reasons. Still, there are unconscious tells of lying.

“How to Tell When Your Boss is Lying,” (The Economist, August 19, 2010 edition) reports five such tells. The article focuses on bosses. The tells apply to all though.

To catch lies it helps to know these tells. That is only part of the story. These tells help us understand why lies often work so well on us.

These unconscious tells of lying are from a study by David Larcker and Anastasia Zakolyukina of Stanford’s Graduate School of Business. They include use of:

The odds of people lying go up if they talk about overviews rather than details. They go up when they are very positive. This can be about the subject at hand or things generally.

They rise when people avoid focus on them. Confidence and conviction raise the odds too. Finally, trying to intimidate or impress does too. Those are often the purposes of swear words.

What These Tells Tell about Lies

We like positive people. They are often polite. Euphemisms, a form of lie, them be that. We like those with confidence and conviction. Just as strong reasons influence us, strong beliefs do too.

When we like people, we are more likely to believe them. When we merge this likeability with trying to intimidate or impress, we do not question. This protects lies.

All this makes it easier for lies to fool us. It is hard to admit that what we like might be a lie.