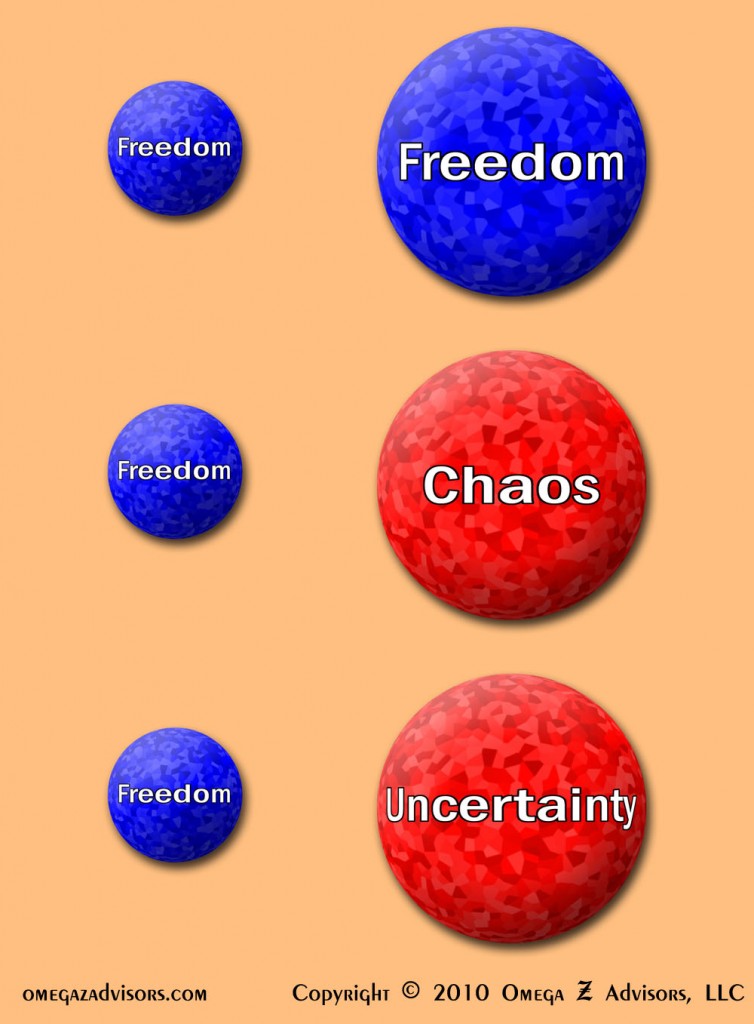 When does freedom become chaos and uncertainty?

This past month, I conversed with a resident of a Muslim country. He commented on how many of his fellow citizens couldn’t understand why Americans thought they were free. “They have all these laws directing them. They can’t drive as fast as they want and they even need the government’s permission to drive (licenses).”

Coincidentally, the December 16th 2010 edition of The Economist reported on driving in Iraq. It’s true, at least there, that Iraq has far fewer driving restrictions than the United States has. It doesn’t even require driving licenses. However, driving there is dangerous. In fact, “the health ministry estimates that six times as many people now die in car accidents as fall victim to political violence.”

I also ran across an article about choice in the same issue. “Too much choice, concluded Sheena Iyengar of Columbia University and Mark Lepper of Stanford, is demotivating.” The article went on to suggest that this is from the anxiety people often feel when making decisions; too much freedom of choice increases anxiety.

There are people who seem to prefer less, and almost no, freedom in their work. They prefer clearly defined directions, rules, policies and procedures dictating their thinking and actions. Why? I have come to learn that this produces a different kind of freedom for some: freedom from responsibility. How can we be responsible for decisions we did not make or regulations we did not write? For some it also produces certainty; they know what the “right” decision is.

As the diagram to the right asks, “When does more freedom become chaos and uncertainty to us?” For each of us, that varies. For some of us, it restricts freedom so much that it might not even seem like freedom anymore. So, is freedom for everybody?