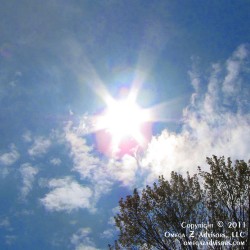 So, the boss walks in and harshly reprimands an employee. Unknowingly, she probably just shot his productivity down for the day. A while ago I worked with a company in which it was fairly common practice for the owner to come in late Monday morning and severely reprimand his employees. I witnessed what that did to their productivity for the week.

What we often don’t realize is how much words, phrasing and general conversation can affect people. In the November/December 2011 issue of Scientific American Mind, Tori Rodriguez in her article, “What Just Happened?”, cites several studies including ones in which:

While Rodriguez recommends that we become more aware of this “priming” as she calls it by recalling what we “saw, heard and thought about in the past few minutes,” we can also raise our awareness concerning how we negatively influence people accidentally. Moreover, we could use this priming for good. For instance, simply wishing people luck can improve their productivity and performance.

That means we need to beware of that “constructive criticism” we offer. If it really is that constructive and helpful, we should position it as advice, assistance or simply help. Consider too, if we never compliment an employee. It’s as though we never watered a plant.

Next time you want to motivate someone, it might be as simple as talking about something positive, enjoyable and yes, even humorous.