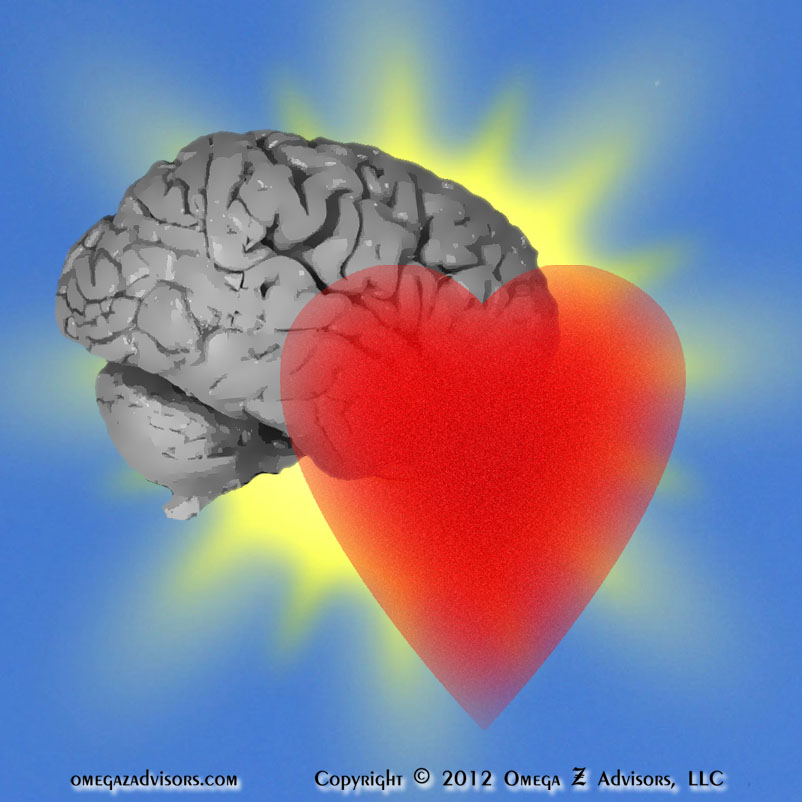 Part #1 established a very broad framework for discussing the differences between Emotional Intelligence (EI) and Intuition. People often wonder if one is merely a subset of the other, usually intuition being a subset of EI. This post will focus on one important reason why they aren’t: they’re as distinct and separate as the head and heart are.

The basis for calling EI a head concept is simple. Compare Goleman’s definition of empathy with those even appearing in two common dictionaries, Merriam-Webster and The Free Dictionary. We find Goleman focused on “understanding” while stripping out all subjective aspects such as feelings, imagination and sensitivity. This allows EI to function without having to feel the other person’s emotions; all we need to be able to show is that we know them. Goleman even acknowledges a difference between knowing and feeling.

Throughout this post, I’ve used the head and heart symbolically to represent our rational and emotional aspects. Yes, they are distinct, but they no doubt influence one another. The same holds true for EI and Intuition; however, let’s not confuse influence as meaning one is the subset of the other. Thus, a good EI doesn’t ensure you have good intuition and vice versa; yet, it’s quite likely that each influences the other. Still, EI and Intuition are as distinct as head and heart are.