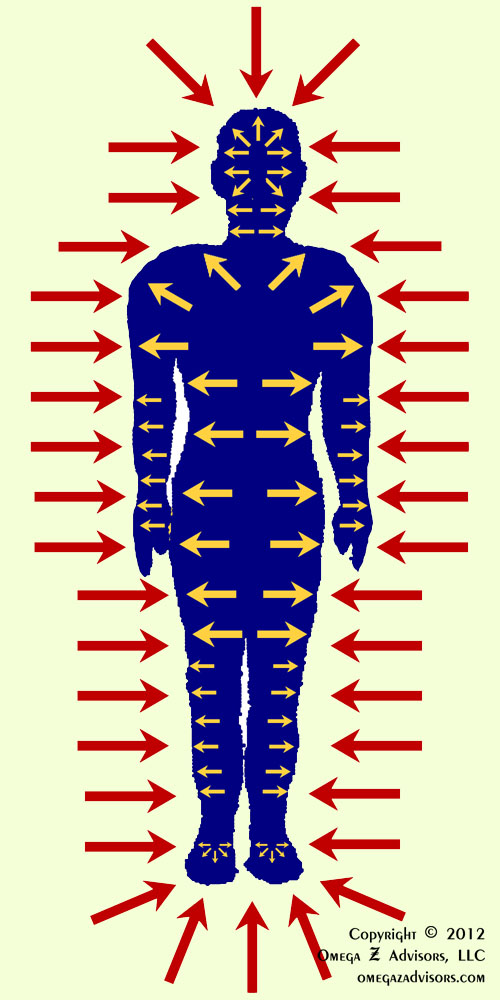 A male’s muscularity influences his decisions.

The book The Geography Behind History by W. Gordon East, which discusses the influence of geography on countries’ cultures led me a long time ago to begin observing the influence of individuals’ physical characteristics on their personalities. My previous post, “Body – Emotion Connection: People Are Very Different,” highlighted research showing that how we feel about our bodies influences us.

The work of Michael Petersen of the University of Aarhus and Daniel Sznycer of the University of California Santa Barbara as described in the article, “Political Strength” (The Economist, October 20, 2012 edition), has the same theme. In this case, Petersen and Sznycer found that strong, muscular men are more likely to act in their self-interest than their weaker counterparts are.

There are two major reasons for focusing on this research.

First, ever since I read The Republic (summary) by Plato, which analogizes a just state to a just man, I’ve been interested in themes, rules, approaches and qualities that seem to work both for individuals and countries as well as groups in between.

Second, our bodies’ influence on our personalities and decisions casts further doubt on the true scope of our free will. Thus, when we talk about heart, mind and body; the latter influences the other two beyond its mere health status. In other words, subtle factors influence our will.

From a practical, business perspective, this means we must consider people’s physical characteristics when working with them. This not only challenges current conventions but contains challenges and dangers.