Despite laws and education to the contrary, generally speaking, men and women bring different talents to the workplace. They bring different biases and views too. These include relating to powerful people.

Noah Goldstein (University of California, Los Angeles) and Nicholas Hays (New York University) did two experiments looking at what is called “illusory power transference.” Just as restaurants’ ambiances can influence our food tastes or trees influence our thoughts at business retreats, people influence our perceptions of ourselves. 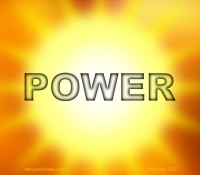 Powerful people tend to have less of a powerful impact on women than on men.

In this case, Goldstein and Hays found that men, when relating to powerful people, felt more powerful after the interaction (“The Powerful Effect (on Men) of Thinking about the Powerful” [Harvard Business Review, May 2013 edition]). They “were more optimistic, confident and risk seeking, even though they could not leverage that person’s power.”

For instance, they bet 40% more money in the experiment than other men who did not have an association with a powerful person. Women did not experience this effect. They said it was because “women are less motivated to characterize themselves as powerful.”

The Nature Of Power When Relating To Powerful People

Power often serves as a security emotional trigger. That means exposure to powerful messages, things and people will more likely trigger men’s need for security than women’s need. Since women also have security needs, perhaps historically and socially they’ve found other ways to satisfy this need.

For instance, feeling safe, comfortable and in control address the need for security too. Thus, exposure to messages, things and people satisfying these feelings might carry more sway over women than feeling powerful does.

The Problem Of One Size Fits Both Genders In Management

Yet, despite marketing differently to men and women, managing remains one size fits both. Moreover, it’s usually to fit males, literally. Heck, police uniforms don’t fit women. They’re made for men. If this happens in a physical sense, it happens in mental and emotional ones in management too.

In practical terms, this appears in communications, conversations, phrasing and word choice. The hearing the word “power” and relating to powerful people affect men and women differently. Yes, they don’t affect all men or all women the same.

In other words, when people say, “I treat all people the same,” they are very likely saying they treat them all as men. As a result, we might feel more objective. Yet, objectivity also means that we aren’t dealing with the unique aspects of each human.