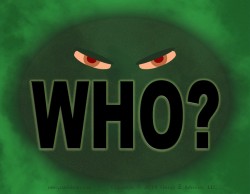 Question to avoid when resolving problems

Once upon a time long ago, I was helping a department. Asking my questions as to how things got done, employees tended to tell me responsibilities not process. As they were rather guarded, I had to repeatedly assure them, “I’m only trying to understand.” Eventually, I became acclimated and figured this was just the culture. Yes, it was.

Months later while attending one of their routine problem resolution meetings, it dawned on me that the first question the top executives asked tended to be something along the lines of:

They were more focused on “Who” than other questions such as:

Over the next few months, I focused on their problem discovery and resolution practices and found their approach was not unique to that meeting. It was a standard pattern that trickled down throughout the staff. People seemed more concerned about the “Who’s” than getting down to the specifics of the problem. In short, resolve the problem first, portion out accountability later.

Not only does this breed an accusatory culture, but it’s poor service to customers, external and internal. Do they really care who’s at fault? No, they care about getting their problem resolved. Asking, “Who?” often does very little to help answer the other, more important, questions. Moreover, employees will not be able to perform consistently at their best under that kind of pressure, at least not innovatively and creatively finding better and better solutions, practices and processes.

So, when it comes to resolving problems avoid asking, “Who?” The other questions will lead us there. If not, we can ask at the end.