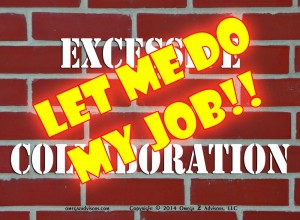 At the outset, great ideas succeed because there is adherence to their fundamental concepts, processes and techniques. Over time though, commercial pressures take hold. More become trained in them, including many less talented than the original advocates. Others find new markets by pushing the ideas beyond their original purposes. Eventually, the great ideas, with their fundamentals compromised, become like worn shoes. They begin to create foot problems rather than solve them.

Morten Hansen (University of California, Berkeley) found teams became less and less likely to win deals as they spent more time consulting others. Jake Breeden (Duke Corporate Education) “worries that too much reliance on teamwork can create a culture of ‘learned helplessness’ in which managers are terrified to make decisions without yet another round of consultations.”

The open-office plan often came to encourage collaboration. Yet, the articles cites an increasing body of research indicating this not only reduces productivity from distractions but some studies show that they are “more likely to suffer from high blood pressure, stress and airborne infections such as flu.” Collaboration isn’t allowing people to do their jobs.

As testimony of my worn shoe analogy, Breeden cites “that managers should treat collaboration and creativity as techniques rather than dogmas.” We’ve compromised these ideas; they are now movements, universal remedies. It’s as though orange did so well in one room that we decided to paint everything orange.

Collaboration is important to innovation. Thus, there is a need to return to the original integrity of the shoe so we can all do our jobs and get some work done.