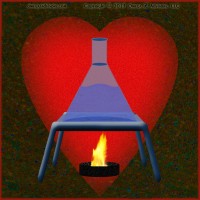 The scientific method, as with any process, is not immune to adverse human influences.

Journalism has a persistent bias for the new and exciting. They sell in pop culture, and as it turns out, they sell in scientific culture too. This creates unintended consequences.

These tendencies pressure scientists and researchers whose careers, reputations, incomes and funding depend on publicity their works receive. Several consequences undermine the credibility of science and research as a result:

Exciting often means extreme. In science it’s outlying results such as found in the bell curve. As Lehrer writes, since outliers receive the press, duplicating results is often difficult. Therefore, while hypotheses might be true, they’re not as true. However, as is more often the case, results are wrong, caused by inadequate research methodology, poor statistical analysis or normal human biases.

In other words, we can’t practice safe science by simply relying upon the scientific method. Human nature is too strong, even in scientists and trained researchers. We need to provide our own protection. That means educating ourselves on the scientific method and on the questions to ask. It also means taking nothing on blind faith . . . even science.