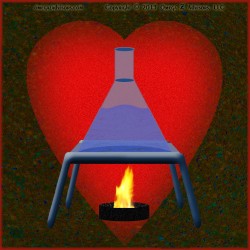 The origin and development of the idea of modern science have many problem-solving lessons for us.

Understanding the birth and development of modern science helps us become better problem solvers. It was just an idea over 355 years ago. Today, it’s an industry.

Ideas that old often take on the status of immutable truths. Dissecting the idea of modern science discloses the arbitrary assumptions and processes that make up all ideas, not just science. Identifying these are critical to “thinking outside the box.”

According to “The Establishment of Science”(The Economist, January 9, 2010 edition), a dozen men birthed modern science in 1660. They called their group the Royal Society. Other scientific societies propagated but none challenged it. Their standards became science’s standards. Today, programs accredit those desiring to practice research in accordance with the scientific method.

Science’s subjective origins help us answer two questions. First, who or what creates experts? Science shows experts beget experts. Second, how were first experts conceived? Science shows they were conceived by virgin birth. No programs, processes or organizations seeded them. Only the divine declarations and pledges of a dozen men did.

Science also symbolizes the growth, development and maturation of ideas. Science shows that complex webs of programs and processes form to promote ideas as immutable truths. Declarations that science or experts proved something often deter us from gazing outside the box.

Emotionally, immutable truths satisfy our security needs. Thus, we are motivated to overlook that behind processes supporting ideas are people. These people are no less influenced by fame, money, respect and fun than the rest of us are, consciously or unconsciously. That’s why emotional intelligence is more important to success than intelligence quotient even with ideas. Relational politics matter. Science demonstrates that.

In short, science’s birth shows that at the root of virtually every concrete idea is arbitrariness. Science also shows that complex processes develop around the ideas we want to promote as immutable truths. Finally, science shows that despite the myth around such processes, humans still run them.