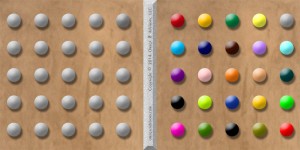 Computer security is a top priority in our digital age. Repeated reports of viruses and hackings remind us of that priority. Much of the reason for our information technologies’ vulnerabilities is their homogeneity. We build and run them similarly. In humans and nature, diversity prevents the entire demise of species. Someone, even many, will be resistant. That is diversity’s power.

The article, “Divided We Stand” (The Economist, May 24, 2014 edition), reports some computer researchers trying to make our digital technology more secure by injecting diversity, by adding enough variable elements to make hacking and virus coding extremely difficult. I want to extend that analogy to our organizations.

If diversity can make our bodies and computers more resistant to harmful viruses, it can help our organizations. For some companies, change is a harmful virus causing their death. Markets, competitors, technologies plus many other factors change. Any one or combination could mean the end.

Homogeneity is like the Macedonian phalanx, one large mass of soldiers and weapons moving uniformly in a single direction. It crushes everything in its path. Diversity is like the Roman legion. Divided into cohorts, further divided into centuriae and even sub-divided beyond that, they allowed diverse, coordinated actions. Each unit had its own distinct colors and spirit. Still, if the cohort met the phalanx head on, the phalanx would decimate it. However, leveraging its flexibility adaptability allowed the Romans to defeat Macedonia in the battle of Pydna in 168 B.C. and claim supremacy of the Western world.

Diversity has its price though:

Nevertheless, diversity is well-entrenched in nature. Whether evolutionary or divine, its justification for the long-term viability of any enterprise is strong.