A common way to tackle problems is to break them down into small parts. How do we train brain to see smaller parts though?

For instance, a change management strategy tackles the problem of change. If breaking down the change were simple, then the saying “Devil’s in the details” would have no value. Project cost overruns would not occur frequently either.

Whether we are a change management consultant or not though, many simple sources tell us how to do it. What they do not tell us is how to train brain to see smaller parts.

Train Brain to See Smaller Parts with a Simple Project

Thinking through a project is one of the best ways to train brain to see smaller parts. Choose a small one at first. Any will do. We then follow these steps:

There are two key steps. The first is Step #4. As we think about each step, other things will come to us. The second key is Step #5. When we focus on the actually tasks, we condition our brain to see small. With regular practice our brains become better.

In 168 B.C., a titanic clash took place in Pydna between two undefeated armies, the established Macedonians and the upstart Romans. The Macedonians fought as a single, huge phalanx. Their soldiers used 20-foot long pikes. This formed a large wall of sharp daggers. 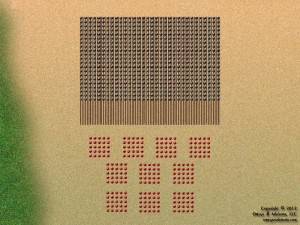 Figure #1: The Macedonians thrash the Romans when they battle head on. 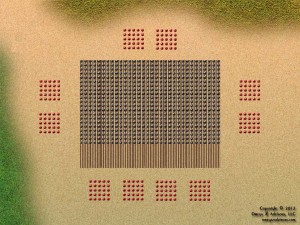 Figure 2: The versatility of the Romans’ cohorts show the power of seeing things in smaller pieces.

The Romans fought in smaller cohorts. Their soldiers used 20-inch swords called a gladius. Cohorts became buzz saws as they slashed and cut. Head on (Figure #1) they were no match for the phalanx. They suffered huge losses.

However, when the phalanx went over broken ground, the versatility of the smaller cohorts shined. They could move quickly to the flanks and into gaps caused by the ground (Figure #2). The Romans become the new prime power in the western ancient world.

In the same way, when we train brain to see smaller parts, it becomes the prime power in our worlds.