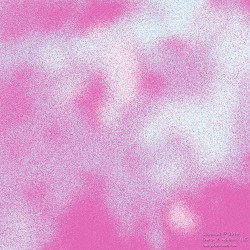 Personality tests produce better hires largely because we believe they do. They increase our belief in our employees. That belief produces better performances.

When we set realistic goals for employees, we improve their performance. When we believe in them, it improves too. Personality tests convince us to believe in our employees. Our belief more than the test itself accounts for the better performance of hires passing it.

In medicine, researchers must account for the placebo effect. This occurs when patients feel or improve from a fake treatment. Placebos can take many forms.

For example, the article, “Think Yourself Better” (The Economist, May 21, 2011 edition), cites research in which patients improve even from fake surgeries. Thus, to see the true effect of a treatment, the researcher must conduct a blind trial. Still, patients can feel and see results even if they know a placebo has been used on them.

If placebos can make us feel better about our bodies, they can make us feel better about many things. This includes how we feel about our employees. Personality tests do not go through a blind trial. Their primary evidence is that employers say that hires who pass the test perform better than those who do not. Patients who take placebos say their bodies are better than when they do not take them.

OkCupid, the dating site, ran a test to see how much weight their word carried in making two people believe they were a good match. Their word inspired bad matches to exchange nearly as many messages as good matches did (“Make Me a Match,” ([The New Yorker, August 25, 2014 issue]).

It is authority that makes these placebos work. It is highly persuasive. This is true even if we know authority is selling something. Fairy dust will deliver better performance as long as we believe it does. Authority is critical to that belief.