From a relational view, in business it’s the age of collaboration. Managers and employees collaborate 50% more than they did two decades ago. Yet, too much collaboration is a waste. That means building great teams is a top priority.

Google looked at their teams. It began as Project Aristotle in 2012. As with many businesses they thought building great teams meant gathering the best people. So, their data-oriented culture began here. 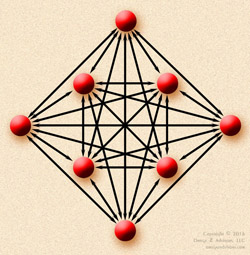 The data showed no patterns though. Building great teams had no correlation with the traits of people. Where one mix of people worked, the same mix failed someplace else. It was not until they shifted to how the teams worked that patterns emerged.

They found that great teams had two key traits. First, members spoke equal amounts over the life of the team. True, some did speak more at some meetings or during some projects than others did. Over the long run though, the others got their chance.

Second, the teams’ were good at being aware of how each other felt. They were good at knowing who was felt left out or upset. They worked to make the team a safe place for all to speak their minds.

From this info, it’s easy to think building great teams is about finding sensitive people who allow others to talk. That’s not what Google found though. It was about the team as a whole.

Yes, teams will need such people. Yes too, alpha and extroverted personalities can be problems when others need to speak. Still, it’s the team. It’s about those on the team who are more aware that others are upset or left out.

It’s these people who might lead the teams. Still, the true leadership of a team might vary depending on the project. It’s not just the leader’s job to ensure equal time, open talk and safe places. It rests mainly with those who can see that these things might be in danger.

In the end, building great teams is about teamwork. Google found it’s about the team’s culture and the team’s awareness.

A team needs certain skills. It might not have the luxury of picking those who allow others to talk and who know how others are feeling. It can’t all be left up to the leader either. Teamwork is not just about people applying their technical expertise. It includes their relational ones too.