Many business leaders stumble over the small things. Much is from not understanding symbolic actions. They often see symbols as only applying to fields such as politics and religion. 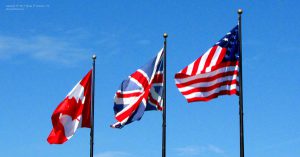 Yet, symbols can be anything. They can be things like processes and meetings. When we hear something like, “It’s always been done this way,” or “It has always been that way,” we are likely facing something symbolic.

Actions, such as habits and behaviors can be symbolic too. When we hear of the need to “send a message,” we’re likely looking at symbolic actions. Weighing the “politics” of a decision is another sign. Hypocrisies are negative examples of symbolic actions. Witness the strong emotions they trigger.

For instance, take a leader who thinks drinking is bad. Now, if he extends that by frowning on those who drink, it becomes a moral litmus test. He’s affixing an emotion. It’s more than just something harmful to the body.

The affixed emotion becomes clearer if someone finds a picture of him on Facebook drinking. There would not be much fuss if he had not made such a fuss about it. The act is symbolic of something larger – hypocrisy.

Examples of Symbolic Actions in Business

In each case, there is another message besides the objective one:

Every action of leaders has an emotional impact on others. The greater this impact the likelier the action becomes symbolic. That means it will impact others more than it seems logical.

Symbolic actions are like fire. Used rightly they ignite powerful motivations in others. Used wrongly, they burn everyone, including the leader.