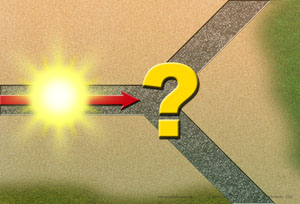 Research says optimism helps many cope with reality. They’re happier and healthier with it. That suggests though that it alters reality for them. In turn, they deal with reality differently. That makes for an optimism bias in decision making.

The short answer is that optimism increases the likelihood of a poor decision. That is because people discount the odds against them and overweight the odds for them (2). In other words, they take more risk than the facts and circumstances say is best. It’s called optimism bias.

The long answer though says that two types of optimism exist: unrealistic optimism and optimism. The first is just another name for optimism bias. The second occurs when people have a good grasp on the odds against and for them. Thus, optimism, in its good form, does not make for bad decisions.

The Widespread Nature of Optimism Bias

The problem is that true optimism is not common. In fact, unrealistic optimism is so pervasive that we can almost call it a normal part of being human. Even pessimists can’t escape. Despite all the negativity we might observe, a true pessimism bias is rare (1).

For example, most people reading this post will likely think something along the lines of, “Yes, I’ve seen this in many people. It doesn’t affect me though.” This is a very common response for someone with an optimism bias.

The bias causes people to think that bad odds affect others more and good odds less. Thus, while pessimists might think they are in a bad way, most will think others are even in a worse one. In short, they think they are in better shape than others are.

Still, there are varying degrees of this bias. Some factors make it worse such as these seven key ones:

Naturally, addressing these goes a long way to overcoming the optimism bias. Yet, the key one is to avoid being optimistic that the bias does not exist in your decision making. That means reflecting on past decisions and harshly drilling down on assessments of future success.

These research articles were influential in my writing of this post: