When the U.S. military looks into something, you know there’s something to it. The military tapping unconscious thinking in people tackles two problems. First, people can’t process info as fast as computers. Second, artificial intelligence (AI) can’t process nebulous info like the human mind can.

For instance, take spotting targets. In an image it can take on milder forms of Where’s Waldo. A human do a much better job at spotting valid targets. They are quite slow though.

Imagine sorting through a series of images. This can be quite tedious. Of course, computers can sort through a ton of images while the human only looks at one. On the other hand, they don’t do very well deciding whether a structure is a home or a terrorist hideout. 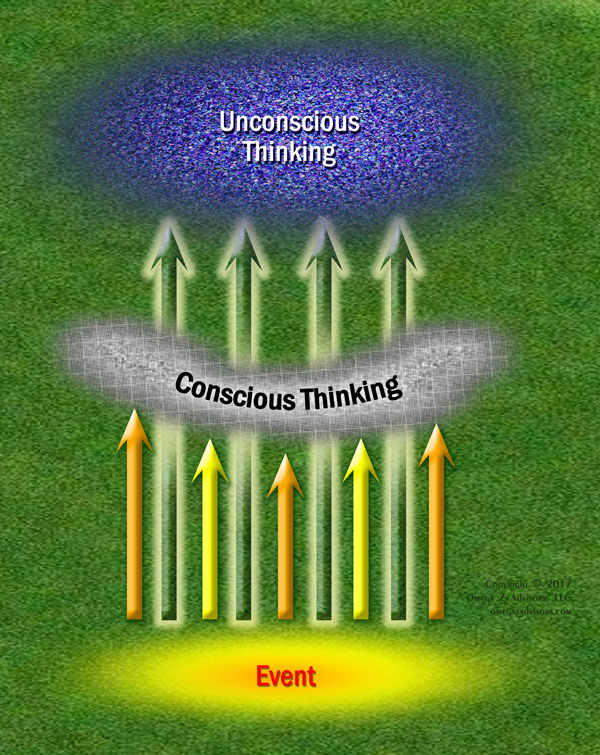 By the U.S. military tapping unconscious thinking in its soldiers, we are seeing that the conscious mind works a sieve capturing the more noticeable parts of life while the rest of it moves on to a deeper level.

In short, as reported by The Economist, the military tapping unconscious thinking in its soldiers merges the two. Under the observation of DARPA, the Defense Advanced Research Projects Agency, Honeywell Aerospace and Neuromatters have designed a skull cap fitted with 32 electrodes.

Through this cap they record the brain’s electrical responses to stimuli. In this case, these would be images. They would contain possible threats and thus potential targets. So, when a soldier sees a threat in an image, the cap also captures the electrical response it makes in the brain.

Yes, it just sounds like the cap is just confirming what the soldier says he sees. Here’s the catch though. The mind registers the threat even if he doesn’t know consciously that he saw it. Moreover, the soldier can go from viewing an image every fifteen to sixty seconds to now ten a second!

The Conscious Mind as Sieve

This works because the mind takes in huge amounts of life. If we could register consciously all of it, life would overload us. Consider fainting spells, nervous breakdowns and unconscious episodes from extreme stress and pain as examples of such overload.

In short, as technology and neuroscience advance, they increasingly show the conscious mind more as a sieve. It only stops the more noticeable chunks of life. The rest passes through, going deeper. Another part of the mind, the unconscious, thinks through that.

Much more thinking goes on inside people than they know. In fact, they don’t have to be thinking to be thinking. That means endless ways to influence people without them consciously knowing it.