Climbing And Diving In The Air Force

Thus, extending this analogy, it’s not just a question of seeing the forest for the trees or the trees for the forest. It’s also one of how fast and how well one can back and forth between both. 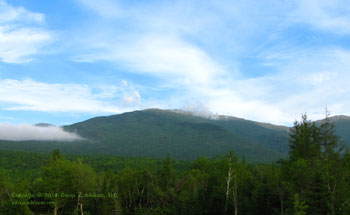 The use of planes in the U.S. Air Force gives insights into how seeing the forest for the trees relates to assessing talent for the digital workplace.

A Seeing The Forest For The Trees Frame Of Mind

People’s frame of mind affects their decisions. This goes beyond good and bad moods. Anyone who has had to suddenly deal with family problems while at work can attest. We commonly call it “shifting gears.” It’s a form of anchoring. It happens with all kinds of topics including forests and trees.

Yes, some are better at seeing the forest. Some better at the trees. The work between architect and engineer or software architect and software developer are examples. Still, fighter planes exist among us. They climb and dive between both very well, very fast.

Thus, a forest frame of mind is quite different from a detail one. Artificial intelligence for instance works by seeing trends among data. In other words, it looks at trees. From them it not only determines whether they form a forest. It also seeks the nature of that forest such as rainforest, deciduous, coniferous or boreal. Only the trees and other details can say.

Key Takeaway From The Air Force

What does the air force know about seeing the forest for the trees that the workplace doesn’t?