Empowering employees in the workplace has been a buzz topic for a couple decades now. Yet, employee engagement remains low, less than a third. It hasn’t moved in that time.

Many solutions exist. Do they work though? If so, why the failure? Come on, no movement? Perhaps it’s time to ask, “Do all employees want empowerment?” This question attacks the myth behind empowering employees in the workplace: all want it. 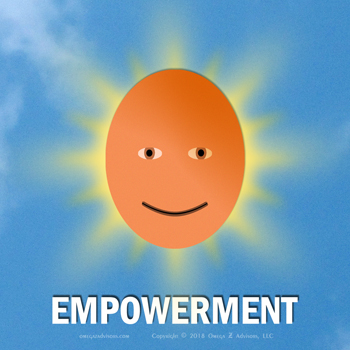 The assumption behind empowering employees in the workplace is a myth.

Yes, I’m sure any number of surveys will say, “Yes.” Why shouldn’t they? What employee would say, “No.” Of course, people say they don’t watch a lot of television too. Yet, they watch anywhere from double to three times more than they say they do.

Even here, most would say, “Yes.” So, let’s go one step further. “Would you like this extra decision making even though it exposed you to more consequences for bad decisions?”

Of course, proponents of empowerment would add, “. . . and also more rewards for good decisions.” Here’s the problem though. People fear failure much more than they enjoy success.

The ratio is almost three to one. In other words, it would take the joy in gaining $3,000 to offset the fear in losing $1,000. So, let’s now ask, “Do you trust your employer more to punish you for a failure or to reward you for a success?”

A Different Look To Empowering Employees In The Workplace

Here’s the crux. All people are different. It even takes a certain kind of person to make decisions.

Yet, we treat empowering employees in the workplace as a universal cure. That’s the myth. We’re told all employees want empowerment. That’s false.

Many employees just want to come to work, do their jobs and get paid. That allows them to do what really empowers them. That is to do well in their personal, family and communal lives. Their work is a means, a tool. One can become quite attached to such a tool.

This doesn’t mean abandoning empowering employees in the workplace though. It does mean tailoring it. Some don’t want it. Some want some. Others want all of it. Any firm needs all of these employees. This kind of diversity makes them succeed.