When people find a good way of doing things they stick with it. When it comes to generating better ideas though, doing the same old thing has diminishing returns. That means changing things up occasionally changes this.

To show this I use farming. Rotating crops helps to keep the soil fertile. Farming the same crops on the same land using the same methods wears out the soil. It does not produce as much. The same holds true for ideas.

This is not to say the current way is bad. It just needs a break. Keep it. Use it again later. Do something new. New generates new. Old old. Want new? Change. It’s that simple.

Humans easily fall into habits. A good way that generates good ideas will become just a habit. Habits aren’t new. Ideas are. How can one expect habits to generate ideas? That’s why rotating ways of generating ideas works. Altering process is a problem solving tip.

Examples Of Changing Things Up Occasionally

The change does not have to be dramatic. It can be incremental. It just needs to get people to stop and think more.

For instance, take brainstorming. Modify it. Have people list ideas before showing up. Then collect lists and summarize for discussion by all. 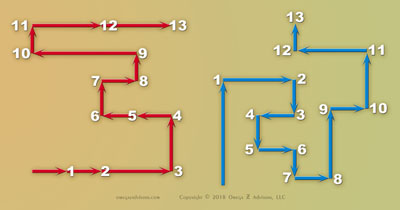 Generating better ideas is like rotating crops. One needs to change thinking and decision-making processes periodically.

Instead of just forwarding articles and ideas, modify it. Make a reading assignment out of it. Have teams of three or four discuss them. Then, at a group meeting have each group present their findings.

Modify it further. Turn it into a form of war gaming or debate. Have a team advocate in support of the idea. Have another against.

Documentation is another change element. Record or keep minutes on the ideas. Compare to last week or previous brainstorming. Are there patterns?

Change who kicks off topics or who runs the meetings. Change how decisions are made. Instead of going with a consensus, go with the majority or passionate minority.

Again, going to the same well will dry things up. It’s not bad. It just needs time to refill. Go to another for a bit. Over time develop different modules for generating ideas. Rotate them. Just two or three alternating each time after nine to eighteen months will do.

The easiest way to fall into routines is to not change anything because “It ain’t broke.” Routines are bad for new ideas.