Behind the media frenzy around the Jeff Bezos affair, serious lessons exist about the future our digital world will create for us all. More specifically, this affair changes how we see the future of privacy, power and blackmail.

What Bezos experienced will trickle down. Money will drive this. If it makes money on a large stage for large players, small players will try it on a small stage. Some reports say it already has. It’s just people aren’t in Bezos’ position to publicly talk about it.

If Jeff Bezos can neither prevent nor stop an invasion of his privacy, who can? Moreover, the digital world makes all work easier and more efficient. That includes digging into people’s lives.

This goes beyond extramarital affairs. It includes job interviews, business dealings, familial relationships, undesirable social connections, website history, past indiscretions and more. What would you pay to keep private?

That means privacy is no longer just about what Big Facebook, Google and Amazon know. It’s about what anyone knows about us.

Now, let’s go beyond the National Enquirer. They allegedly blackmailed Jeff Bezos. What if it were an enemy power of the United States? How would it get Bezos to do its bidding?

The digital world centralizes power. Fewer people hold more power. That means gaining a hold over any one person with this power can have an outsized effect on us all. Suddenly, they’re not working for the benefit of their firms, customers or country. Would we even know they were compromised?

While power centralizes, on the other end, the digital world allows anyone to start a tabloid. As key as the National Enquirer is to this story, its power wanes. Subscribers are way down from ten years ago.

That means anyone can monetize blackmail. Those who ransom data after locking up a computer are just starters. Aftermarkets will grow too. Organized buyers will pay for what others know about you. While no one person might have anything of value, the total picture formed from several does. 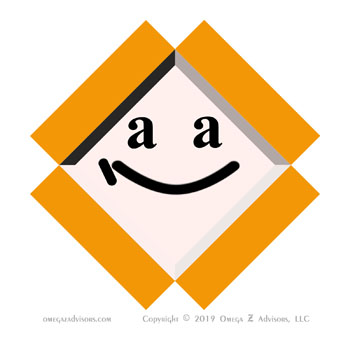 The digital world will monetize blackmail on all levels of the society.

The Future Reality Of The Jeff Bezos Affair For All

It’s easy to blind ourselves with the scale of the Jeff Bezos Affair. Remember, the digital world makes anything easier and cheaper to do. This only becomes more so as that world grows and meshes more with our daily lives.

If it is profitable for firms to ransom a locked computer for $600, it’s only a matter of time before the digital world makes blackmail at that price profitable. Moreover, the ransom might not even be money. It could be something else such as sharing the secrets of someone or of a firm further upstream.

Note: This article, A Billionaire, A Scandal And What They Say About Power In America, (The Economist), was a key inspiration and source for this post.