Manipulating Others By Prompting Apologies

People use apologies to manipulate when they get us to apologize. They might do it on purpose. They might not. Many times they do so to cover up their own quirks. In other words, we did not wrong any objective standards, just theirs. 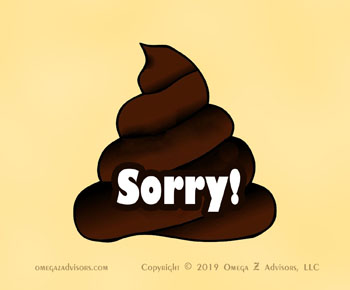 When people routinely expect apologies for wronging no standards but their own, it becomes a way to manipulate, to gaslight and to dump on others.

For instance, this usually begins by the person saying, “I didn’t like the way you said/did that.” It’s not that we wronged any stated policy or procedure. We wronged their personal standards.

Now, if we purposely did so, that’s one thing. It’s quite another if we didn’t. In such cases, we might respond, “I’m sorry. I didn’t know.” Once isn’t bad. More than once means a pattern.

Usually that pattern seeks to undermine our confidence. It seeks to plant doubt in our minds. We reach a point at which we’re more focused on not doing or saying thing to offend than doing or saying what’s right. Extreme forms appear as gaslighting.

Thus, in such situations, we don’t need to apologize. After all, if the other person was as open to working with different people as we were, he would know that we “didn’t know.” He would also know it was a part of interacting with such people.

Still, we may need to apologize. It might be pragmatic to do so. The person might be our boss. She might be expecting one. Thus, we apologize but keep the responsibility on her. “I’m sorry you did not like what I said/did.”

It’s her opinion. It’s her feelings. They aren’t ours. They’re her quirks. We liked what we said, what we did. Moreover, it wasn’t wrong (by any objective standard).

Now, again, if this happens one time, we can decide it’s legit, it’s serious. If so, we adjust. Yet, if this happens again . . . and then again, it’s likely the person is working to keep us in a box of their design. He does this by undermining our confidence to step outside that box.