Manipulating people’s emotions with numbers occurs as a result of two forces:

For instance, let’s start simple. People feel more certain when they hear 55% of people say “X” than when they hear most people say “X.” Yet, if the 55% were just an educated guess – not the result of a thorough study – then factually there’s no difference between the two. 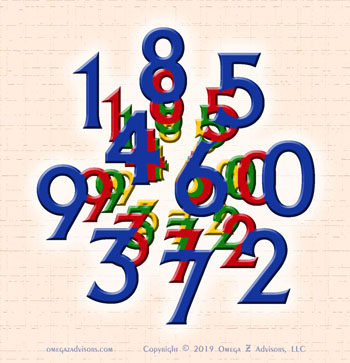 Numbers provide emotional security from the clarity and certainty they seem to provide.

Emotionally, there is though. That’s a basic form of manipulating people’s emotions with numbers. “Most” is vague, “55%” is definite. In the battle to resolve uncertainty, definite wins over vague.

Now, take something far more involved, polls. A poll found 60% would vote for Person A and 40% for Person B. All right, it’s easy. Person A will win. Really? Here are just a few questions that cast doubt on this:

Confusing? Yes, it is. All data and statistics have related questions behind them.

The truth about numbers, data and statistics is this: they don’t give the security that people feel they do. Thus, people overweight them. Yet, to dive into this truth is hard. People can’t handle it.

This exposes them to manipulation. Here’s how. First, if they like what the numbers say, they won’t look behind them. Why ruin the good feeling of knowing something certain?

Second, if they don’t like what they say, manipulators will change what they say. They don’t need to change the numbers either, just how they look. It might mean focusing on the good ones and discounting the bad ones. Again, people won’t dive into the truth. It’s too hard. Manipulators know this.

Manipulating people’s emotions with numbers works because at their core, people want to feel good about the feeling of certainty numbers inherently give.