Many ways of dealing with nervousness exist. All don’t work for all though. They’re like clothes. Some fit our style. Some don’t. Yet, all begin with seeing nervousness as an ally, not an enemy.

Seeing Nervousness As An Ally

In reality, nervousness is a good sign. It means we care. That heightens our thoughts, senses and actions. Most of the worst military defeats came from overconfidence, lack of nervousness. Nervousness wards this off.

Ways Of Dealing With Nervousness

There are common ways of dealing with nervousness. Sampling these posts show the basic themes:

Now let’s go beyond these. The main point that they fail to bring out is don’t ever let nervousness get in the way of doing what’s needed.

Simple, yes, obvious too, in truth though nervousness easily morphs into fear. Fear paralyzes. It shuts down thought. If this happens, the crows are taking off in mass. It’s a warning.

This means focus. The Matrix’s opening scene is a perfect example. Trinity, the heroine, has to escape an agent. No one escapes them. Yet, her leader, Morpheus, before fear floods her, tells her, “You have to focus, Trinity.”

Focus also means thinking about what we need to do. The four posts mention visualizing. Go to the next step. Journal.  Writing about nervousness reduces stress. Put that visualizing into words. Describe what to do. Describe the outcome. 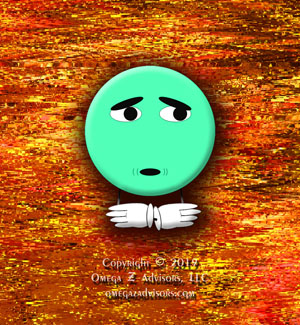 The worst military defeats came from overconfidence, lack of nervousness.

Still, at some point overthinking hits. Take a break. Again, the four posts mention this. Go further. Do something that you’re good at doing. Cook. Write. Play. Refresh that confidence. Swim, Cycle, Run. Launch those endorphins. Clean. Repair. Build. Achieve something. Heck, just get outside.

In the end though, it’s about you. We’re different. Experiment. Your ways of dealing with nervousness won’t be the same.

Yes, again, it’s obvious. Yet, it’s easy to think something is wrong if a way works for a friend and not for us. Hopelessness easily sets in. Remember. We’re different. We don’t want to feel nervous because some ways of dealing with nervousness don’t work for us.