Sherlock Holmes sees things that others do not. They aren’t blind. They just rely too much on what they do see. This contracts their field of vision. Thus, expanding it is key to Sherlock Holmes problem solving.

Holmes does not restrict his search to the crime scene. He does not restrict suspects to those who had access to the scene. Poison could have delayed the death. A hired killer might have done it. Holmes expands his field of vision. He goes beyond the scene, beyond the immediate participants.

The Carving And Chunking Bias

In truth, problems don’t care how people look at business. They’re like squirrels. They don’t see boundaries. It’s easier for people to talk about life in pieces and parts along one dimension. It’s harder for them to talk about it as an integrated whole in four dimensions.

Consider this. Take four events happening at the same time. I can’t talk about all four at once though. I have to talk about one first, another second and so on.

In short, I have to carve them out of life and chunk them so I can tell you about them. That’s the bias in people’s thinking and speaking. Yet, even though carving and chunking makes life easier to discuss, it does not mean the discussion is accurate. 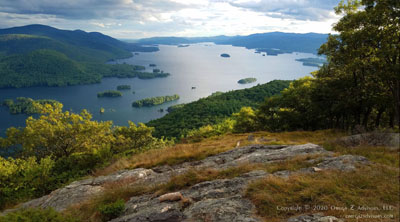 Consciously working to expand the field of vision overcomes the human bias to simplify life into bite size pieces and cause tunnel vision.

Sherlock Holmes problem solving overcomes carving and chunking by expanding the field of vision. Think of each chunk as a room at a crime scene. Just because the body’s there does not mean the murder took place there. Likewise, just because the problem shows up in one department does not mean its causes don’t lie in other areas.

It’s like removing a rust spot from a car. The body shop does not just cut out the rust. It cuts out a spot much larger than the rust. This ensures it gets all the rust. Likewise, Holmes sees all as suspects until he can declare they’re not.

Thus, in business, expanding the field means looking at all areas when problems arise. Life is integrated. Business is a part of life. So, business is integrated too. Therefore, in a nut shell, Sherlock Holmes problem solving says that the problem is not confined to how we first think it. Expand the field of vision.