Whether an employee or manager, it’s important to know the signs of coworkers exerting dominance over others in situations. That’s because they can drive discussions and actions. This dampens collaboration and ideation. If persistent, they can thwart others’ careers too.

Coworkers exerting dominance will seize initiative and control. This goes beyond doing things first and telling others what to do. That’s too much responsibility if things go wrong. It’s shaping discussions, decisions and plans.

For instance, agendas are controls. Rules are too. Plans, flowcharts and workflows as well. Initiative comes into play by suggesting things first. It’s anchoring, power of suggestion. Doing this orients people’s thoughts and actions. It’s creates the preverbal box to think inside. 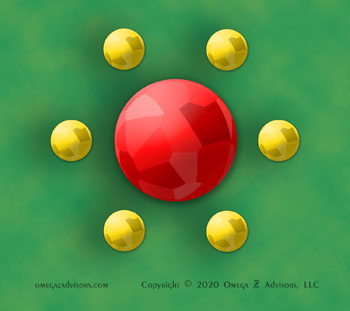 When coworkers exert dominance over others, they can drive discussions and actions thwarting collaboration, innovation and careers.

This real effect though is that it puts anyone else expressing something different in conflict. So, while people will see the first person stating an idea, they will see the second as creating conflict. It’s like an army taking unoccupied high ground. The army arriving late will need to fight to take it.

That’s why marketers in focus groups and attorneys in juries work hard to negate or remove the influence of alpha personalities. They taint decisions and actions that would otherwise not occur.

Pushing Forward With Confidence and Dismissiveness

Once coworkers exert dominance with initiative and control, they will thwart other views and actions with confidence and dismissiveness. They will come on very strong that what they propose is right. Their tone will show it. Their focus on precedent, experience and protocols will too.

If someone does propose an idea in conflict with theirs, coworkers exerting dominance will dismiss it casually as too time intensive, costly or risky. They might also say that’s not how it’s done (not following an established protocol) or how it was done in the past.

It’s one thing to assert a position well supported by facts and circumstances. It’s quite another to do so on sheer will power. While dominance pushes ideas well, it does so for both good and bad ones. It does not discriminate.

Since dominance so easily seduces people, ideas and actions will come across better than they really are. That can stifle discussion, ideas and careers. Thus, it’s important to spot dominance at work to ensure we examine the merits closely and not purely awed by will power.