Authenticity is no longer authentic. Commercialization and monetization have turned it into a catch-all remedy like hucksters sold in the old west. The difference between authenticity and sincerity in relationships shows just how far from its true self authenticity has strayed. That’s because many sellers of authenticity say they’re the same.

People often say, “I like authentic people.” That’s true until they meet an authenticity they don’t like. No doubt though, they don’t admit it. They just say the person is not authentic.

The point for citing this though is this: authenticity is personal. It’s about being you. It’s not about being something others want you to be.

Since all of us are different, it means we’ll run into those we don’t like. Take mosquitoes. They’re authentic. Do you like them? They’re the top killer of humans. Some people are like mosquitoes.

Sincerity is not private. It’s about others. It’s about intentions. While similar to honesty, it’s more heartfelt and good. One can be honest and not sincere.

Now, think sacrifice. This means giving up something. If not, then it’s just a favor. In most cases intentions are sincere. After all, if it’s not a sacrifice, we’re gaining something or at minimum not losing.

Relational Difference Between Authenticity And Sincerity 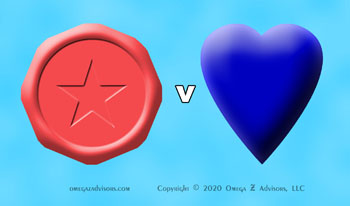 Racists are authentic if that is who they truly are. Yet, their intentions towards other races aren’t sincere. Now, sellers of authenticity will say racists aren’t authentic. They say it’s not natural for people to be racists. That’s not true. It might be for some. We’re all different.

Now, again take sacrifice. It might mean sacrificing our authenticity. Yes, sacrifice might be part of what makes one authentic but it might not. Yet, it can’t be one’s whole being. If it were, the person would soon die from sacrificing for all at all times.

Just ask the pathological liar who needs to tell the truth. Ask too the Machiavellian who must act altruistically. Finally, ask the racist who must aid a person of a “lower” race. Their jobs or situations might compel them. Yet, all sacrifice their authenticity to do sincerely what is required of them.