Weaknesses in the scientific method cause its usefulness to fall far short of people’s belief in it. In other words, hype exceeds reality. Yet, it has grown into an all-purpose remedy for determining truth of any type. 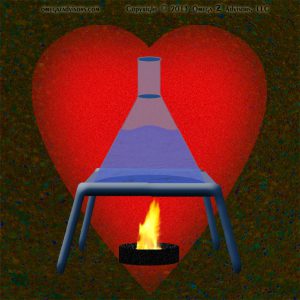 The weaknesses in the scientific method do not allow us to prove that good leadership yields good business.

Its Strengths Produces Its Weaknesses

The strengths of the scientific method as a disciplined inquiry produce its weaknesses. In its rigid quest to define observations and hypotheses, to control the experimental process, to quantify results and to present conclusions in a manner that can repeat results with different experimenters; the method excludes aspects of reality that aren’t easily observed, defined, controlled, quantified, presented or repeated.

For example, the scientific method can’t address something as obvious as good leadership being good for business. How does one objectively define good leadership? How does he quantify it? What kind of experiment will allow the proper controls and others to repeat it?

The weaknesses in the scientific method make this impossible to do. Therefore, if science cannot prove good leadership begets good business, do we say it’s not true?

Practical Proof Of Weaknesses In The Scientific Method

Further proof of the weaknesses in the scientific method is the common observation that what works in the laboratory doesn’t necessarily work in reality. That is why we must reintroduce ideas from the laboratory to the real world by way of  developmental and engineering phases in commercial processes.

Everyday life reflects this through disclaimers on product guarantees. For example, a window might be guaranteed but only if the homeowner uses the installer recommended by the window manufacturer. In other words, the best window in the laboratory might not be the best in reality. It might be too difficult to install.

Just because science cannot prove a truth do we not accept it as true?