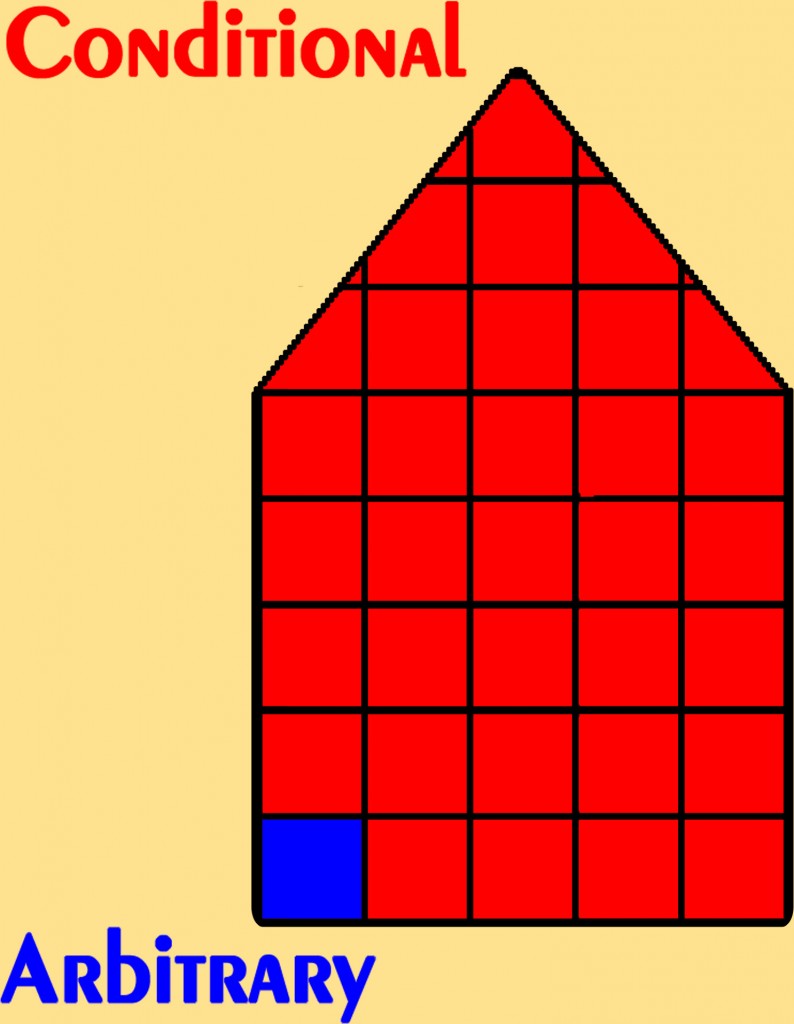 The location of a house’s cornerstone is arbitrary. All other parts of the house are conditional to that cornerstone. Underlying any set of objective conditions are subjective assumptions that make them true.

We often view measurements as unchangeable. A meter is a meter, a pound a pound. We often forget that at some time someone somewhere declared what those were and that they would be a standard. The point is this: arbitrariness underlies almost all objective standards by which we live.

For example, in the January 29, 2011 edition of The Economist, the article, “The Constant Gardeners”, explores the kilogram. The official standard is a platinum-iridium alloy cast in 1879. However, today, its weight seems to vary from its copies by up to 69 micrograms, about half a grain of sand, an important variance when weighing small things. So, the question is this: How heavy is a kilogram . . . really?

The relevancy to problem solving is similar to that which I wrote in my post, “Arbitrariness: The Cornerstone of Conditions”:

By searching for the underlying arbitrary aspect of any apparently objective situation, we can often find the perspective – when altered – that can cause us to see that situation in a different light.

For example, when someone asks us, “What’s the best way to get from A to B?” we often give the fastest route. The assumption being that the “best way” is “fastest” when “best” could have many different attributes. Over time, the best-fastest link becomes the arbitrary point – when altered – that sheds a different light on what route might be best such as the most scenic one or the most fuel-efficient.

As a more sophisticated example, consider our reliance upon “proven outcomes.” What does that mean especially when you cannot scientifically prove that good leadership begets good results? Thus, when we look at what it took to be proven, we often find that it’s subjective based upon who is determining what “good leadership” and “good results” are.