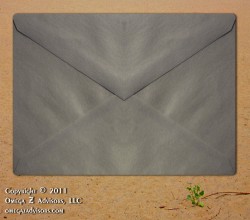 Technology has made communication tremendously convenient and fast. Consequently, communicating via computers, especially emails and varying forms of text messaging and instant messaging, has become the primary form of communication in many cases. As it turns out, this communication form has also made it easier for us to lie.

According to “Email Hides Your Lying Eyes” (Harvard Business Review, April 2012 edition), the research of Mattitiyahu Zimbler and Robert S. Feldman, of the University of Massachusetts Amherst has shown that we are five times more likely to lie using this medium than meeting people face-to-face. So, while we might be communicating more easily and faster, are we really communicating better? Are we making extra work for ourselves because we are working with more information that is inaccurate?

Our challenges compound considering the direct problems of trying to work with bosses who “manage by email” and the mediocre relationships that develop within a team when it overly relies on emails and computers for communicating. All of this just further emphasizes the importance of management by walking around and phoning bosses, employees and co-workers. Now, it’s not only important from a relational perspective but also an informational accuracy one.

The computer medium is an impersonal communication form. As Stephen Marche points out in his article, “Is Facebook Making Us Lonely” (The Atlantic, May 2012 edition), we have never felt more lonely despite having more ways to communicate with one another. There remains a high premium on in-person social interactions for our own happiness.

Since this medium is impersonal, lying is easier. We’re lying to a computer screen not a person. Seeing someone’s face affects us dramatically. It not only makes us happier, but now, it makes us more honest . . . and hopefully . . . that makes us even happier!