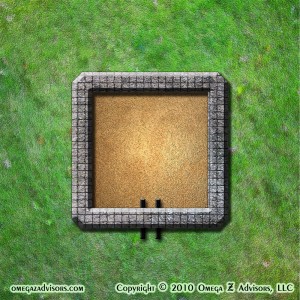 Stories form boxes outside of which we try to think.

Stories galvanize people, helping them to learn, to coalesce around ideas. If we look at this galvanization as solidification, we can also see how stories could thwart change and innovation.

In a book review titled “Dead Certain” [The New Yorker, November 29, 2010 edition], I came across this passage by George Packer quoting Dan McAdams, a psychology professor at Northwestern University:

Psychological research shows that powerful narratives in people’s lives make it nearly impossible, in many cases, to consider ideas, opinions, possibilities, and facts that run counter to the story

These pictures define facts, accepted truths, and work the same as definitions. Stories become the box outside of which we are trying to think. They come to define the culture, traditions, practices and expectations of our businesses.

For instance, a business whose history, pride and success come from a particular market will find difficulty deemphasizing it as it diminishes. It will also find it hard to seize opportunities that it has traditionally scoffed.

Business plans are other examples of stories’ influence. Plans are not only stories themselves, but they contain smaller stories such as rationales, accounts, descriptions and assumptions. For instance, the main assumption driving plans and strategies is that last year is a great baseline for projecting this year, that this year won’t be vastly different from last year.

Therefore, when we seek to change, to innovate, we will likely need to question the validity of existing stories no matter how factual and truthful they seem. They are likely prisons inhibiting us from considering what is outside their walls.