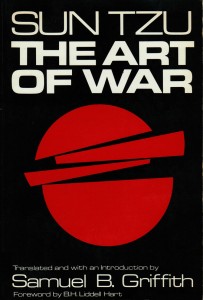 Responses to my original Sun Tzu post have encouraged me to write more about important Sun Tzu quotes from The Art of War. At number seven, I have:

If orders which are consistently effective are used in instructing the troops, they will be obedient.

So many times, company executives issue orders that aren’t implemented. Consequently, they and the company lose credibility with their workforces. This happens for many reasons, but here are a few:

Therefore, to rebuild or to prevent deterioration of credibility, keep the following in mind:

We don’t need employees thinking that this is “just another initiative.” Keep it focused, keep it successful.

Note: Versions of this quote usually appear in the 49th paragraph of the ninth chapter, “Marches”, of The Art of War.