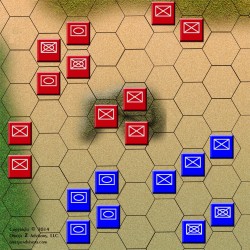 Computer games have all but wiped out regular board games. Why then, do American military officials rely more on board games to analyze military strategies than on computer simulators? More pertinently, what are the business implications?

“War Games” (The Economist, March 15, 2014 edition) highlights three reasons for the preference of board games over computer simulations:

As the movie, The Matrix, entertainingly made clear, computers run on rules (timestamp 0:12-0:30), so while the U.S. military uses computers to predict outcomes “for ‘tight, sterile’ battles” with certain rules and events, they aren’t forgiving when you want to tweak the rules based on alternate approaches, hypotheses and interpretations. In other words, computers are good when we need to think inside the box, but they confine us when we need to venture out.

For our businesses, there are four implications:

Of course, this doesn’t mean avoiding computers but rather becoming smarter on how we employ them. Again, they help much when rules and information are certain. For more complex and creative approaches though, simple notes and sketches on a napkin are likely better.