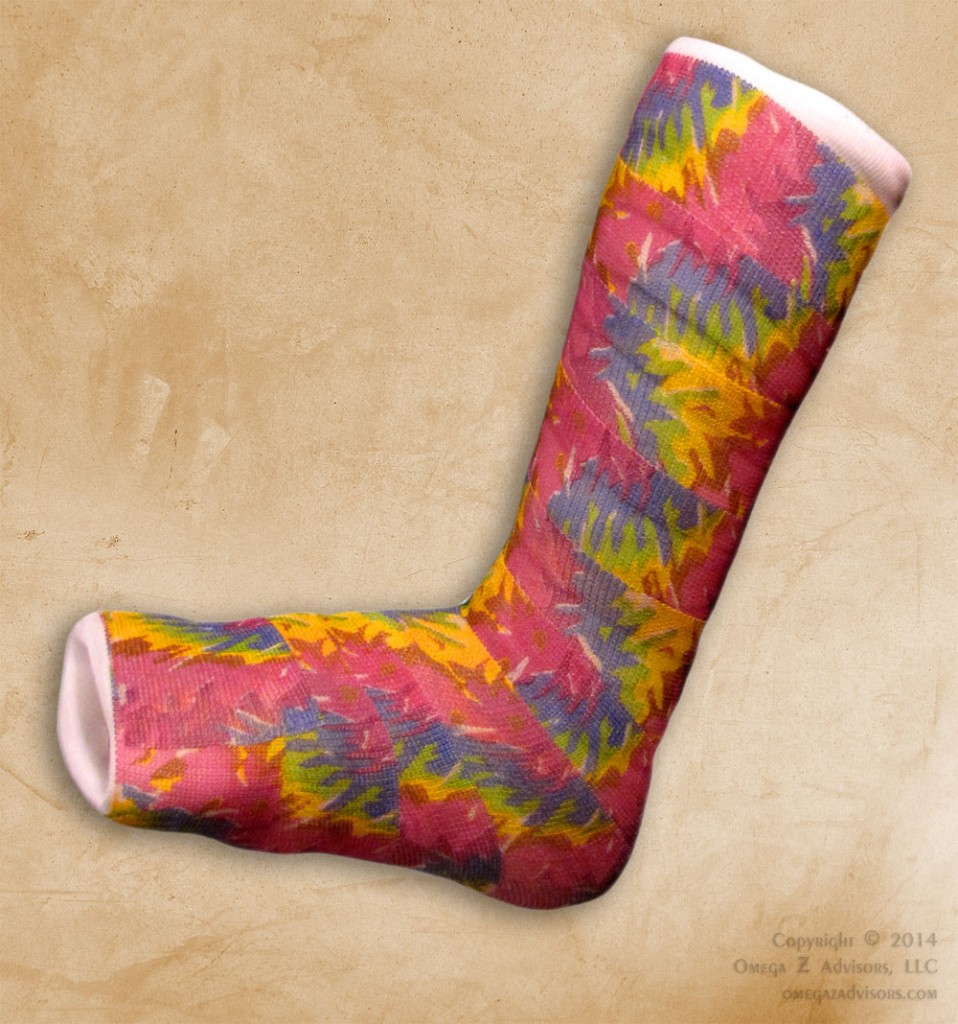 We can cast the health care dilemma in the larger context of helping everyone feel better at work.

There is a link between our emotions and health. If we feel emotionally good, we tend to have better health. Our health impacts our performance at work. This means health care problems (USA Today, October 7, 2014) impact us everywhere. After a recent event though, perhaps this is a pretty health care dilemma.

How It All Began

My wife recently had foot surgery. This required a cast. The hospital we went to is very large. It has many locations. When she went for her first cast, she chose the pictured wrapping for it. Her next appointment was to be in a different place though.

Before she left, the cast technician gave us an extra package of the wrap. He said, “They probably won’t have this at the other location. Here’s some to take.”

When we went, he was right. They did not have it. The cast technician who redid her cast this time also ordered the supplies for that location. She asked him why they did not carry this wrap. He replied, “Well, it’s pretty but not functional. The solid colors are cheaper than the prints.”

As he applied the print wrap though, three employees came in at separate times and said how pretty it was. They asked if it was something new. The cast technician told them (three separate times) that it was not and that they do not carry it. They asked why. He answered. They pressed him. He dug in.

Perhaps though the whole health care dilemma is a matter of prettiness. Perhaps this event was a microcosm: a battle between those who think pretty is functional those who do not.

Pretty is certainly functional if it helps us feel better emotionally. We feel better physically. If it improves employee morale, it is functional again. They work better. They care better.

Yes, we need efficiencies. Should we be making those decisions though under the assumption that pretty is not functional? Many make much money on helping us look and feel good in clothes, cars and homes. We feel better. We gain confidence. We gain credibility.

Is helping people feel better about themselves at work just a health care dilemma though?